After Rashami Desai’s exit from ‘Naagin 4’, Ekta Kapoor confirms of her being part of a ‘big project’

After Rashami Desai's exit from 'Naagin 4', Ekta Kapoor confirms of her being part of a 'big project'

Rashami Desai was one of the most talked-about contestants on ‘Bigg Boss 13’. She has a humongous fan following since her ‘Uttaran’ days that only increased tenfold post her stint in the ‘Bigg Boss’ house. Rashami’s fans were recently left disappointed when reports of her exit from her current show ‘Naagin 4’ started making the rounds of the internet. But, there is no need for you guys to be disheartened as producer Ekta Kapoor just gave the best news.

Rashami indulged in a ‘Ask Me Anything’ session with her fans on her Instagram handle. One of her fans asked when they will get to see her in some big projects apart from ‘Naagin’.

The actress had quite the unique reply as she tagged TV czarina Ekta and wrote, “@ektakapoor when will this happen?” She even called her a boss lady with an emoji. Well, everyone was looking forward to Ekta’s reply.

Now replying to Rashami’s question, Ekta gave a big relief to hers fans as she wrote, “Soooonn”. 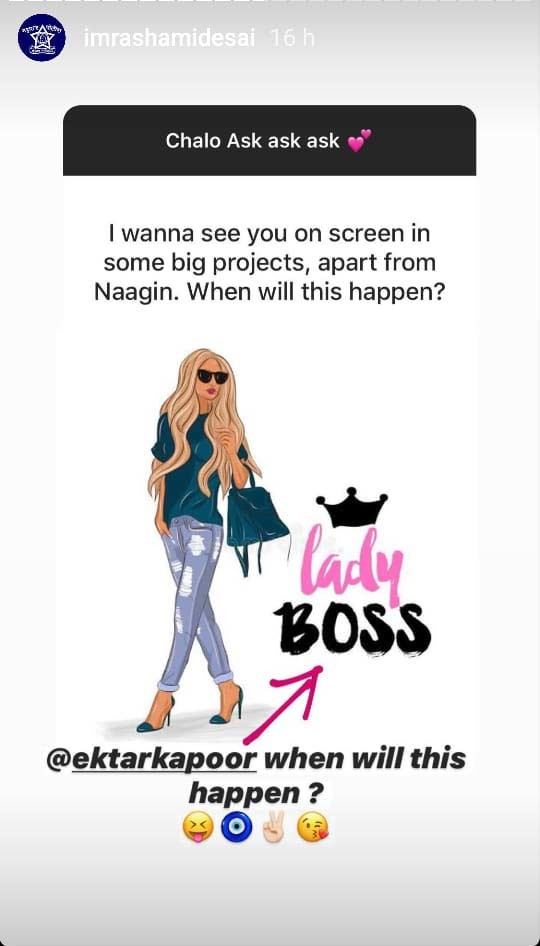 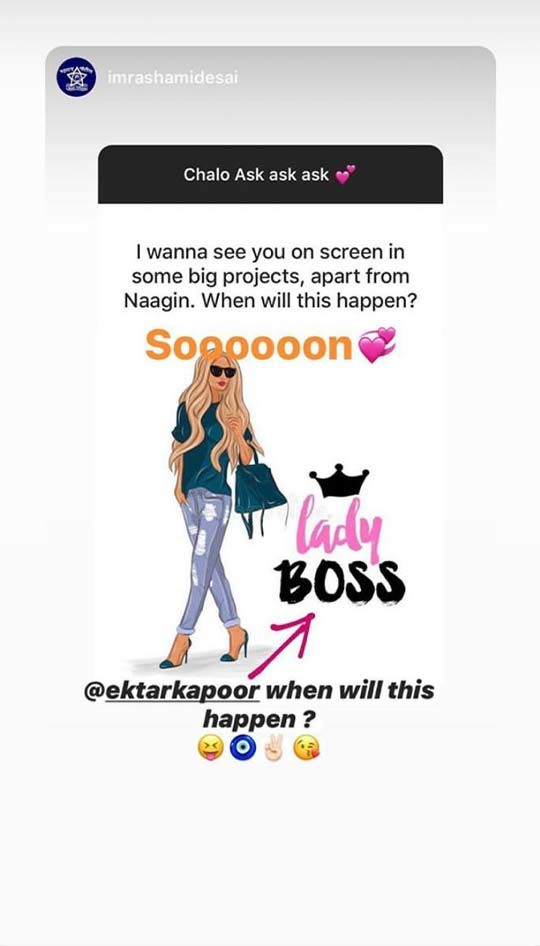 Meanwhile, a report in SpotboyE stated that the makers of ‘Naagin 4’ are having budget problems and they are doing cost-cutting. A source told the portal, “The channel held a meeting with the makers and cast recently, after which Rashami was told that her character of Shalaka will not be taken forward. The channel and the producers are wanting to bring the budget down as we know how crunched the market is as of now. And Rashami was an expensive resource.”

Well, we are looking forward to seeing Rashami on a new show.

Salim Khan opens up about the Khan family being op

The students have found their 'Ishq Wala Love'.♥

From Sidharth Malhotra and Kiara Advani being offi

Sidharth Malhotra and Kiara Advani's wedding is no

Kriti Sanon kept it casual in green as she was spo

Nora Fatehi dances her heart out on her lavish bir

From Sidharth Malhotra-Kiara Advani’s wedding be