Speculations about ‘Bigg Boss 14’ contestant Jasmin Bhasin and  Aly Goni’s relationship has been doing the rounds for the longest time. Now, Aly has come all out in support of

Speculations about ‘Bigg Boss 14’ contestant Jasmin Bhasin and  Aly Goni’s relationship has been doing the rounds for the longest time. Now, Aly has come all out in support of his rumoured GF Jasmin who is locking horns with South Indian actress Nikki Tamboli in the ‘Bigg Boss’ house. Amidst all this, Karan Patel, who is a good friend of both Jasmin and Aly, has spilt the beans on their relationship status.

A few days ago, Aly had taken to his Instagram account and shared a video of Jasmin working out in the gym as she was learning kickboxing. The caption itself showed that Aly is the biggest supporter of Jasmin, as he wrote, “She was always ready 💪🏼💪🏼❤️ Thank u sir for making her tough and stronger 🤗🤗 @kamal_boxing @jasminbhasin2806 #jasminbhasin #alykisherni(sic)”

Karan Patel took no time in spelling out everyone’s thoughts in the comment as he commented, “Arre koi poori tarah deewana ho raha hai pyaar mein …. ❤️❤️.” Well if this isn’t enough to prove that Aly and Jasmin are head over heels in love then we don’t know what else can? 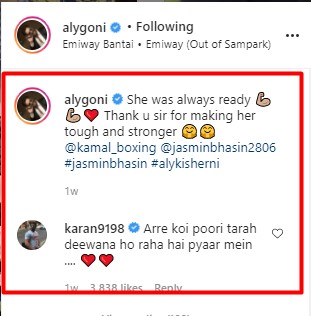 However Jasmin and Aly have always maintained that they are just good friends. But their social media posts tell a different story. While Jasmin is in the ‘Bigg Boss 14’ house, Aly has gone all out to support his ‘good friend’. He has never demeaned or maligned any other contestant of the show.

But seems like seeing so many supporters for Jasmin outside the ‘Bigg Boss’ house is not going down well with Nikki Tamboli’s team, who are doing everything they can to spread hatred towards Jasmin. Aly believes that they even went to the extent of sharing memes of Jasmin and Aly.

But Jasmin’s fans were quick to find the source of the meme and in no time Aly exposed their real faces on his social media account. Sharing the screenshots on Instagram, he wrote that Nikki should have hired a better team. 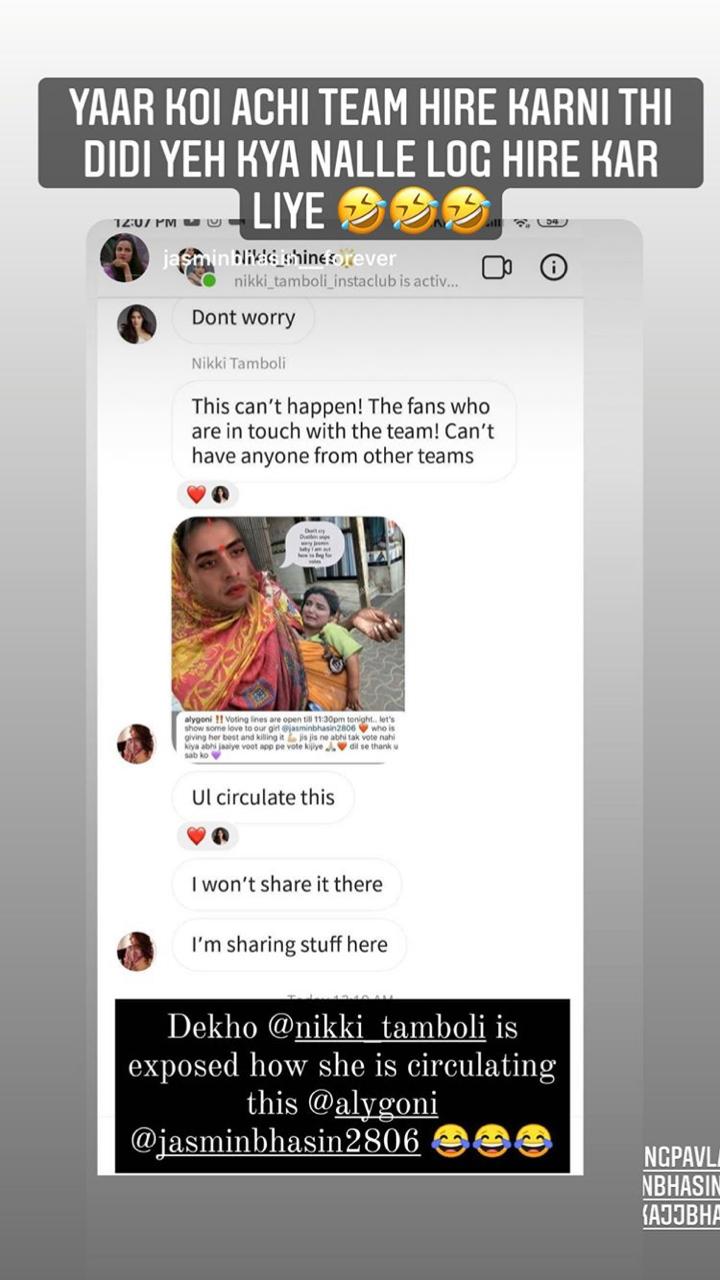 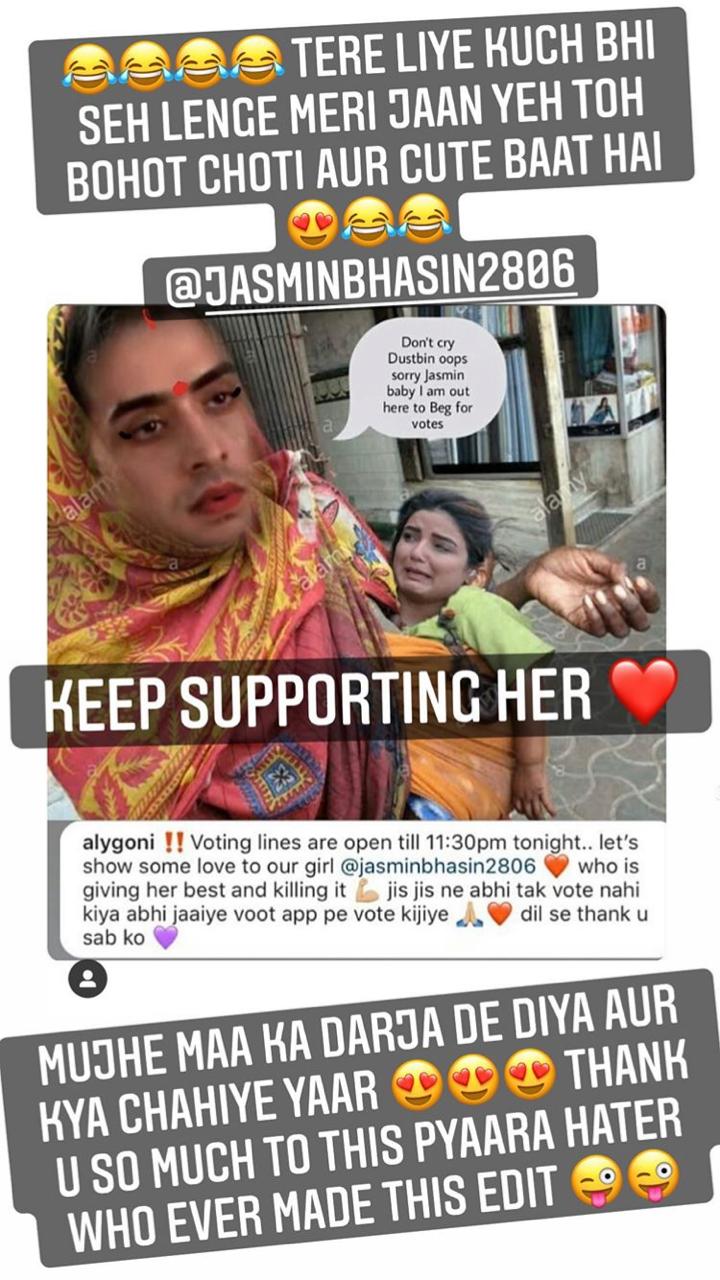 Well, stay tuned to this space to know how Nikki’s team reacts to this and what’s brewing between Aly and Jasmin.