Sidharth Shukla has once again proved to be a knight in shining armour and a helping hand for people around him, amidst the ongoing pandemic. After recently having helped a fan on twitter arrange a hospital bed for his father suffering from Covid19, Sidharth has once again come forward to help raise funds this time for a young woman who was an unfortunate victim of an acid attack by her drunk husband!

Sidharth made sure that the word about the victim’s situation was spread out widely for people to know about, by taking to his social media to share her story and urge others to help out and contribute to the best they could!

It was just 1 post and request by Sidharth that worked wonders, as not only did his fans and wellwishers pour in to lend their support with major contributions, but the message was also conveyed to a lot of others who followed his footsteps and went out of their way to help the girl! Have a look: 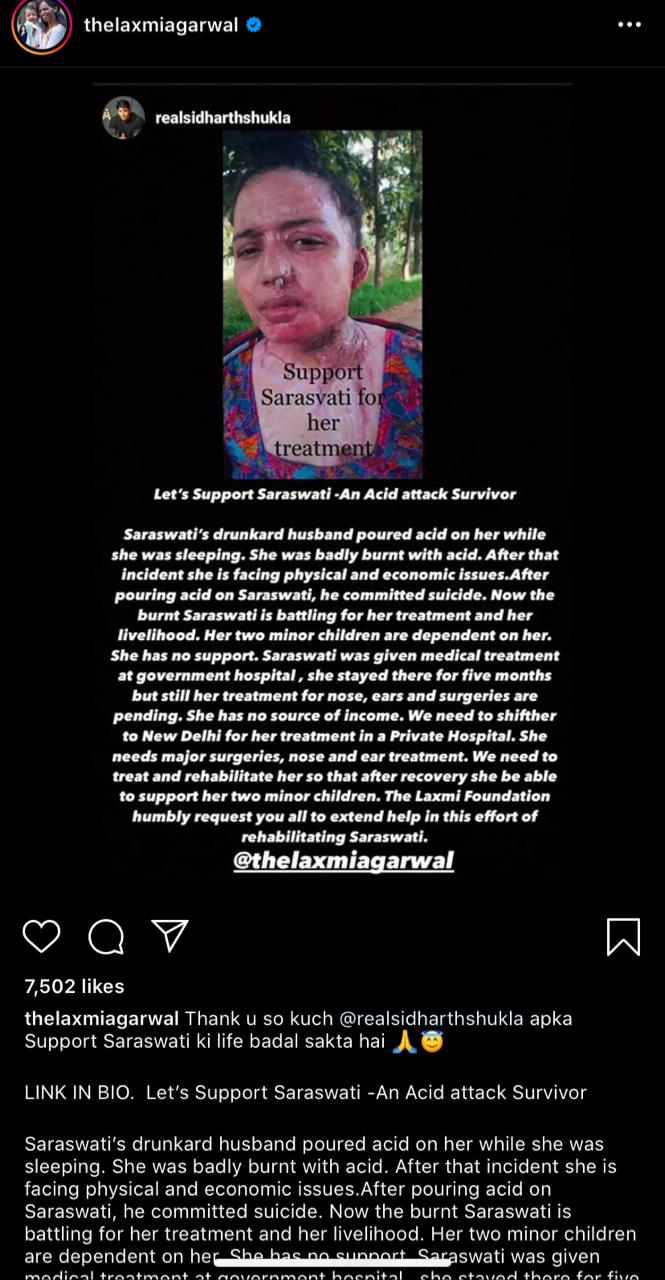 Sidharth’s support and him helping create awareness about the situation has got him a lot of praise and good wishes because the contributions that came in before he stepped in to help were about 2Lac rupees, which went up to 10Lac rupees after he ensured that the girl’s situation was given utmost importance in the need of the hour!