The talented actress of Bollywood, Vidya Balan rings in the New Year celebrations alongside her 41st Birthday bash today. The pretty actress surely has a great year coming ahead, as she is also gearing up for the release of her biopic film based on the life of Shakuntala Devi (who is also popularly known as the Human-Computer). Before we could watch her much-anticipated film, let us take a look at the five best performances of the actress on the silver screen.

Inspired by the real-life story of Jessica Lal, Vidya Balan was seen portraying the role of Jessica’s sister, Sabrina Ali. The mystery drama also starred Rani Mukerji as Meera Gaity, the character inspired by the TV news reporter following who was investigating the murder case. They were received well by the audience as well as the critics. 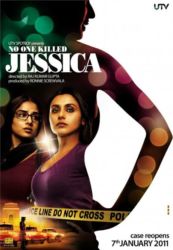 Inspired by the real-life story of Silk Smitha, Vidya Balan was seen portraying the bold character in the film. It also starred Naseeruddin Shah and Emraan Hashmi in the key roles. 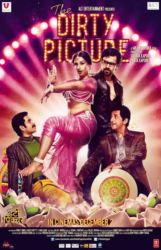 Sujay Gosh’s mystery drama went on to bag several prestigious awards including three National Awards. Vidya was seen portraying the lady, a pregnant software Engineer, who arrives in Kolkata from London in search of her missing husband. The mystery thriller went on to bag good box-office collections went it was released and thus the makers came up with its sequel. The Kahaani also proved to a great business at the box-office. 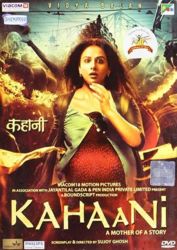 Vidya Balan yet again bagged many awards and the appreciations after portraying the role of a multi-tasking housewife in ‘Tumhari Sulu’, which also starred Neha Dhupia and Manav Kaul. The actress inspired many of the working women to pursue their dreams. Set in the backdrop of Sulu’s life, the film takes us how she dreams of being a working woman and how she ends up finding her dream job. 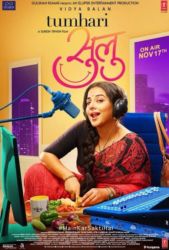 In the musical romantic drama, ‘Parineeta’, Vidya Balan was seen portraying the role of Lalitha, a woman of dignity with unflinching love for Shekhar (Saif Ali Khan). The actress had bagged many accolades for the portrayal of a Bengali singer in Pradeep Sarkar’s directorial. Sarkar has also bagged the most prestigious National Film Award for making his debut as a director with this film.

We the team of Bollywood Bubble, with the beautiful actress a very Happy Birthday.

Also Read: Sujoy Ghosh reveals the plot of ‘Kahaani 3’ and it leaves Parineeti Chopra in splits