Sonakshi Sinha is one of the most gorgeous actresses in Bollywood. The actress rings in her 33rd birthday today. Sonakshi will be celebrating amidst quarantine due to the global pandemic

Sonakshi Sinha is one of the most gorgeous actresses in Bollywood. The actress rings in her 33rd birthday today. Sonakshi will be celebrating amidst quarantine due to the global pandemic lockdown. Sonakshi has been one of the most talked-about actresses in B-Town which also often results in trolling which is a brutal drawback of being in the show business.

But the ‘Dabangg’ actress is not one to back down. She makes sure shut these trolls down with her savage replies. From Sonakshi’s ‘Ramayan’ fiasco to being called Salman Khan’s ‘chamchi’. Sonakshi has been through it all and shocked the internet with her clever replies.

Today let’s go down memory lane and have a look at some of her savage replies.

You have to be living under a rock to not know what went down on the Amitabh Bachchan hosted show ‘Kaun Banega Crorepati’ when Sonakshi had been a guest on it. She was highly trolled when she did not the answer to a question. But, she did not stand back as she shut down all trolls with her savage answer. Hinting at the re-runs of the mythology, she wrote, “Lots of you have Ramayan related questions. Please watch it on Doordarshan and you will get all your answers. Jai Bajrang Bali! (sic).” 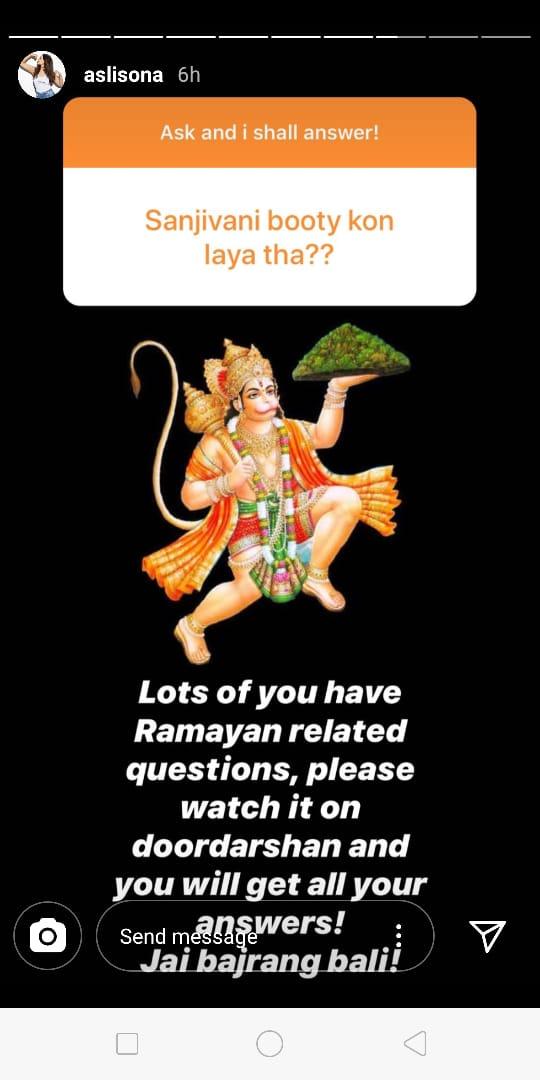 When Sonakshi was called ‘Chamchi of Salman Khan’

Sonakshi debuted with Salman Khan in ‘Dabangg’, later they did 2 more of the instalments. Naturally, Sonakshi shares a special bond with Salman. But she was trolled for it as she was called, “Biggest Chamchi Of Salman Khan”, but Sonakshi hit back saying, “Yeah, well he gave me my first film. Hoon main. Kya kar loge? (Yes, I am. What will you do? (sic).”

When Twitterati trended #YoSonakshiSoDumb after her ‘Ramayan’ mishap

When she was body-shamed

Sonakshi had lost a lot before her debut and it was no secret. But, the body-shaming never stopped with the actress. So Sonakshi decided to put an end to this with her witty comment, she wrote in a tweet, “Let’s talk about the elephant in the room! For years I’ve been trolled because of my weight. I’ve never felt the need to react because I always believed i was #BiggerThanThem… pun intended (sic).”

Lastly, when she was trolled for not donating toward Covid-19 relief

Hitting back at trolls she said, “Minute of silence for trolls who think that just because it wasn’t announced,contributions weren’t made.Neki kar dariya mein daal,suna toh hoga?Kuch log actually follow karte hai!Ab shaant ho jao & use ur time 2 do some actual good(announcing or not is a personal preference)😊 (sic).”

Well, we applaud the actress to standing up to these nasty trolls in the most classy way. Happy Birthday Sonakshi Sinha.

Also Read: Sonakshi Sinha hits back at a troll who called her the ‘Biggest chamchi of Salman Khan’