Several Bollywood actors have at some point in their careers regretted their decision of not taking up a role offered to them first. In several cases, the film has gone on to become a massive hit leaving them lamenting about their not so clever choice.

Remember how Aamir Khan had refused to be in the film ‘Darr’ as he did not want to play a negative character. Later, Shah Rukh Khan played that role and the movie was a blockbuster at the box office.

Check it out List of actors who refused movies are as follows:

‘Heroine’ Filmmaker Madhur Bhandarkar has started working on his ambitious project “Heroine”, which was stalled after Aishwarya Rai announced her pregnancy. then Kareena Kapoor has replaced Aishwarya Rai in the film. 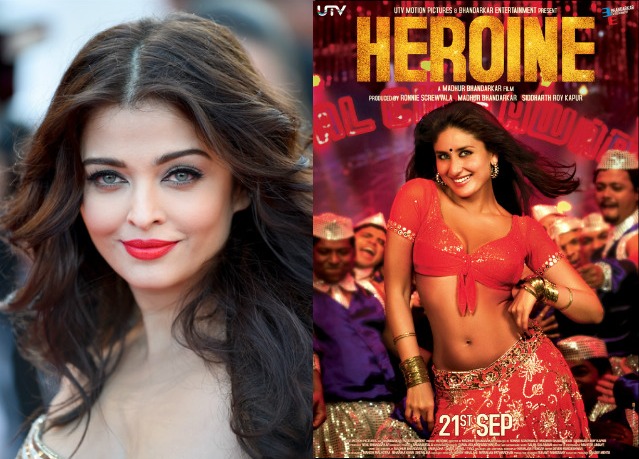 ‘Baazigar’ Salman Khan was the first choice to play the anti-hero in Abbas-Mastan’s blockbuster, ‘Baazigar’. But as fate would have it, he literally handed over the film to Shah Rukh Khan. The film not only established Shah Rukh as a star but also fetched him many awards for his iconic performance. Salman Khan was later heard quoting, “If I had done Baazigar then there would be no Mannat standing in Bandstand today.” 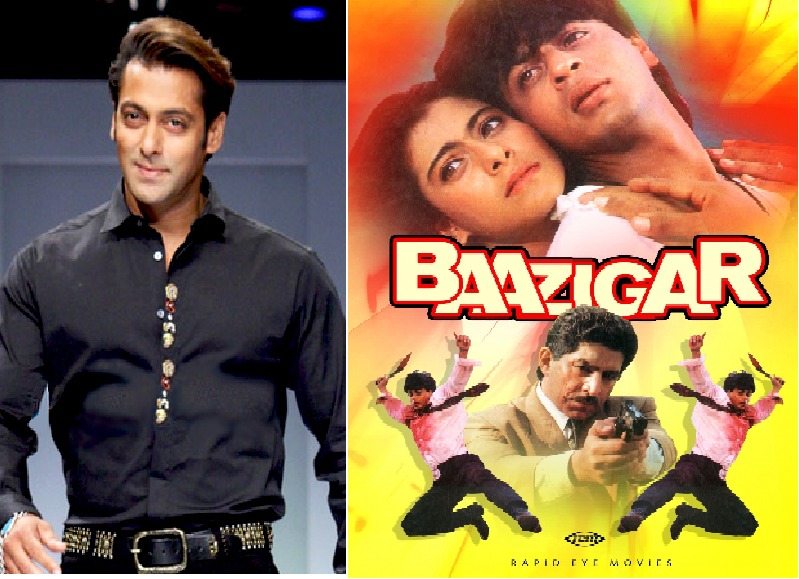 The Indian women hockey team’s Chak De was first offered to Salman Khan but so unfortunate it was of Salman that he had no dates available. Chak De! India was a superhit not only at the box-office but also won critical acclaim bagging several awards. Shah Rukh Khan’s portrayal of the patriotic coach is remembered as one of his finest performances till date. 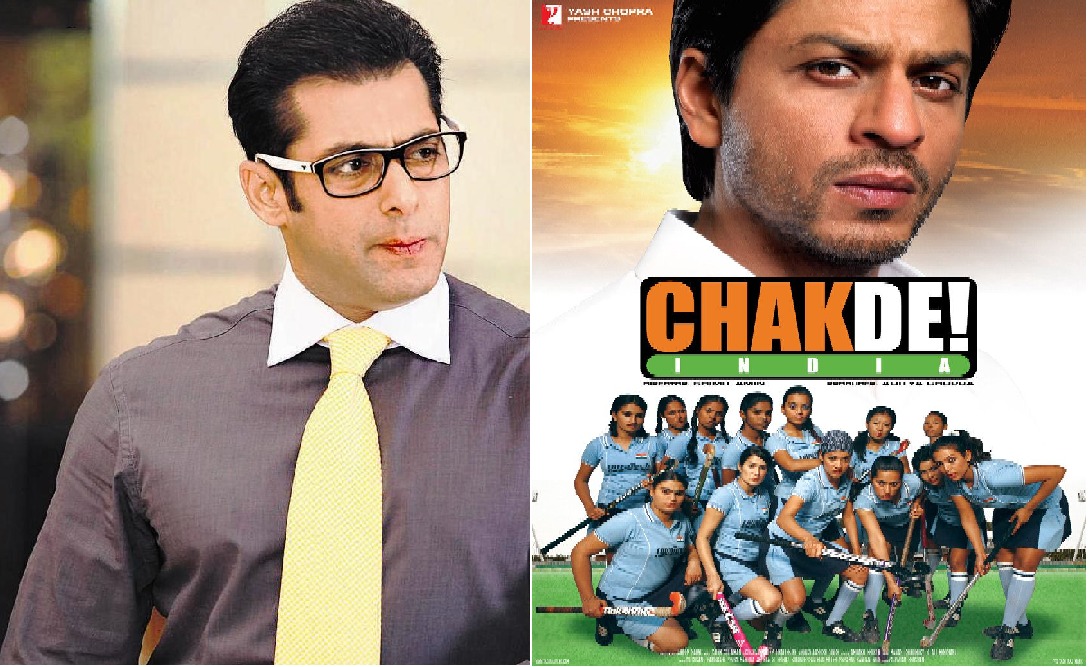 Yash Chopra wanted to cast Ajay Devgn in ‘Darr’, but since he didn’t get any response, the film went to Aamir Khan. But Aamir decided to not do the film, and ultimately, Darr found its villain in Shahrukh Khan. 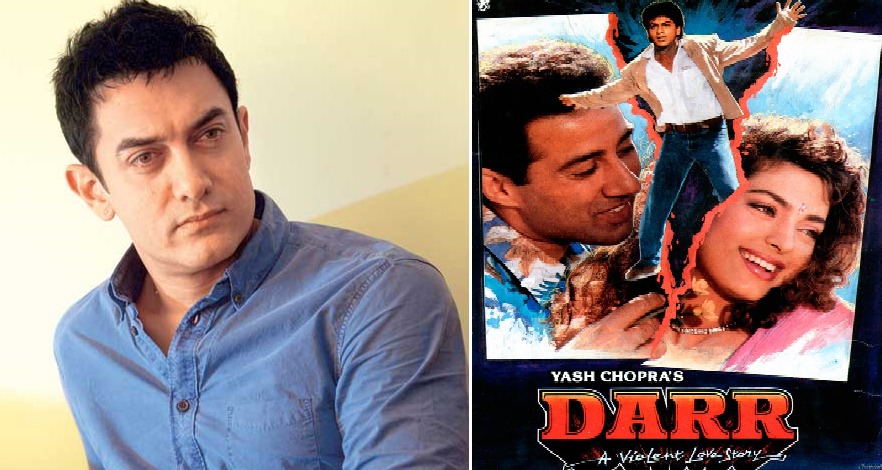 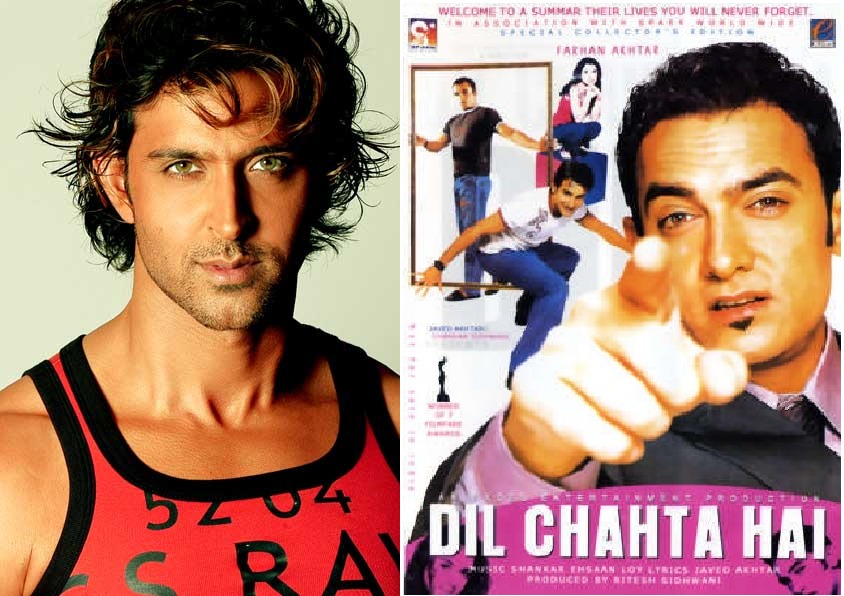 The film which made Ameesha Patel an overnight star was initially offered to Kareena Kapoor Khan. But after shooting for a couple of days, Kareena walked out of the film as she thought the film focused more on Hrithik Roshan. Ameesha Patel was then offered this role which she gladly accepted. Till today, ‘Kaho Na Pyar Hai’ is considered one of the most romantic movies ever. 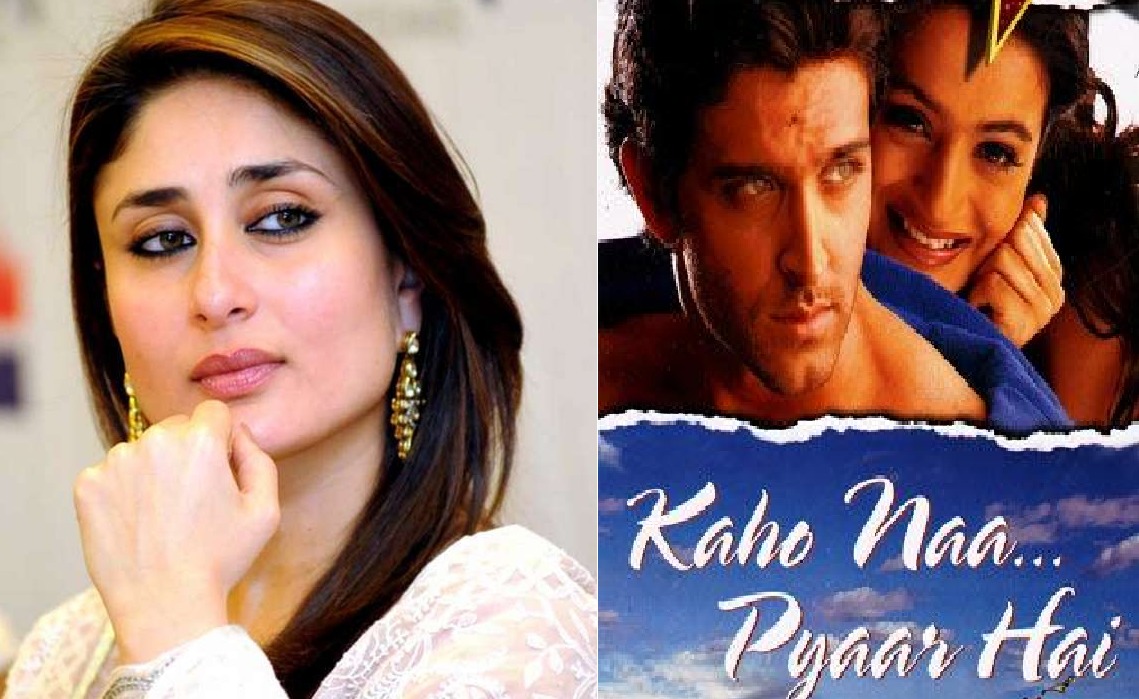 Guess who was offered the role of the bubbly ‘Naina’ in Karan Johar’s ‘Kal Ho Na Ho’? Well, it was none other than Kareena Kapoor. Kareena’s refusal made things turn sour between her and Karan Johar. The film was later offered to Preity Zinta to still considers ‘Kal Ho Na Ho’ her best film ever. 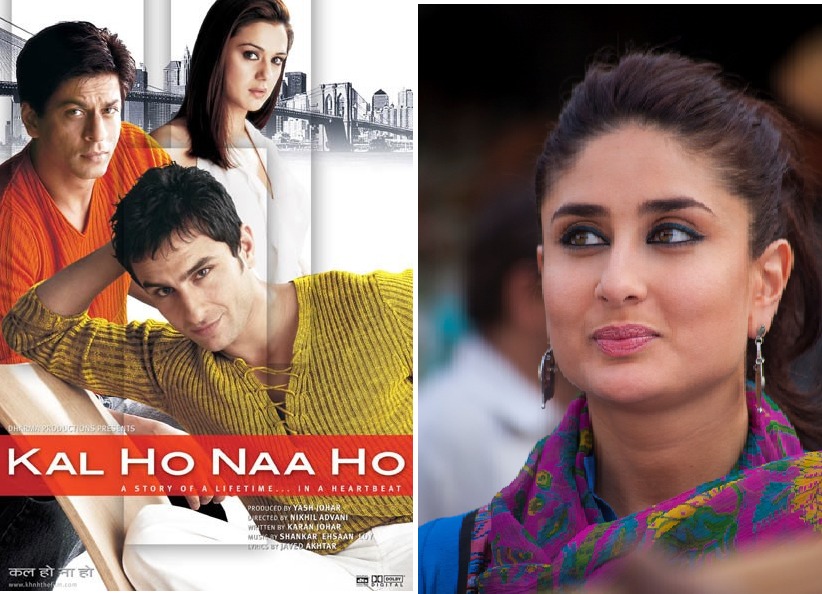 ‘Kal Ho Na Ho’ is one of those rare films which touched millions of hearts across the world. But Salman Khan turned down the offer as he didn’t want to play the second fiddle to Shah Rukh Khan. Ashutosh Gowariker first offered ‘Lagaan’ to Aamir Khan, who initially didn’t want to produce the film. He then went to Shah Rukh Khan, who wasn’t too keen either. Ashutosh then convinced Aamir. And ‘Lagaan’ remains the only Oscar-nominated Hindi film in the last 2 decades. 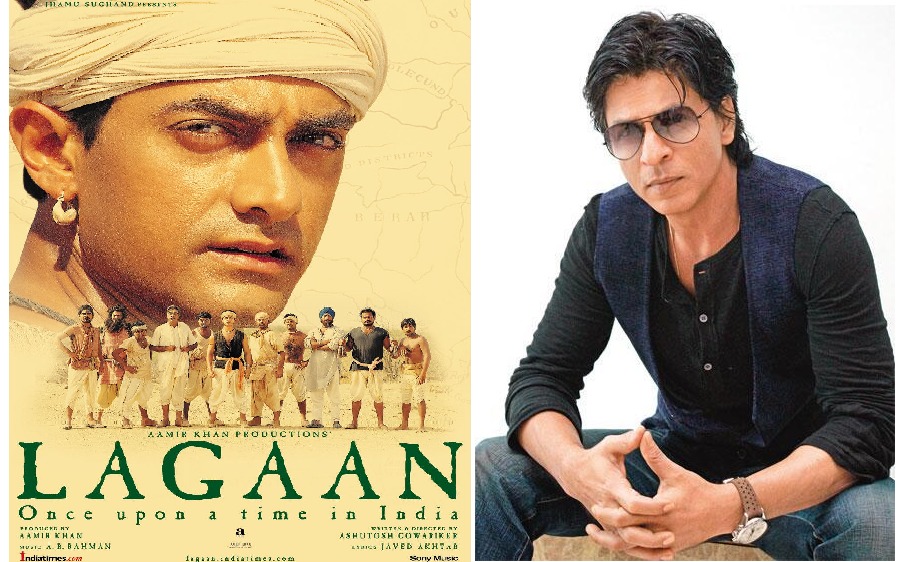 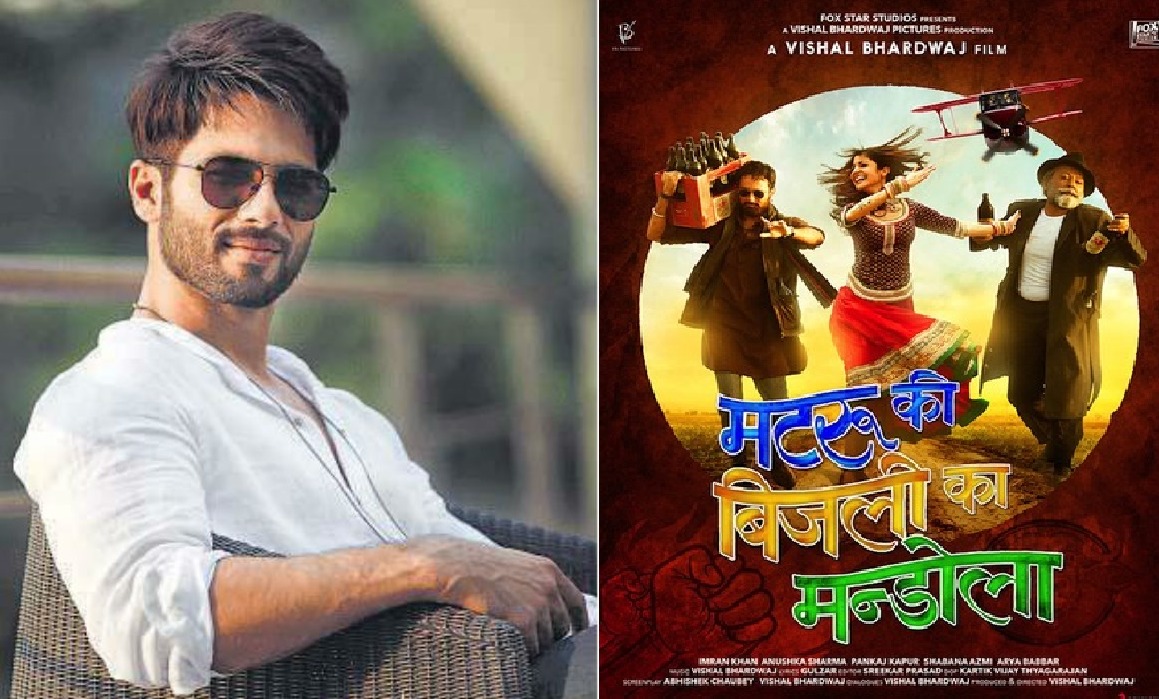 Shekhar Kapur’s ‘Mr. India’ starring Anil Kapoor and Srivedi was originally written for Amitabh Bachchan. The film was also scripted keeping in mind Amitabh Bachchan’s voice but Amitabh refused to be a part of the film and to do the ‘invisible’ role. Afterwards, Anil Kapoor accepted the offer and ‘Mr. India’ became a landmark movie in Anil’s Bollywood career. 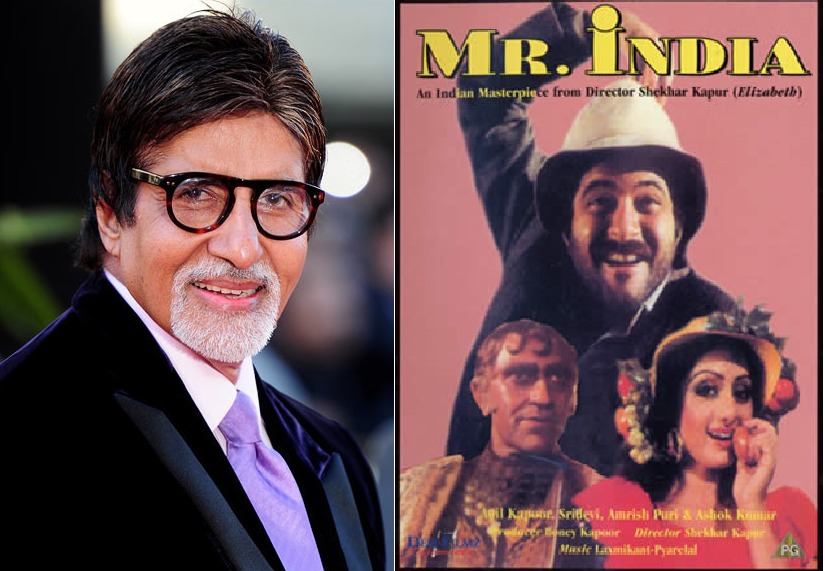 Munna Bhai MBBS: It’s hard to even imagine anyone else playing the iconic role of Munnabhai apart from Sanjay Dutt. But both Rajkumar Hirani and Vidhu Vinod Chopra wanted Shahrukh Khan for the film. Infact, Sanjay Dutt was to play the role of Zaheer, which eventually went to Jimmy Shergill.

The classic Rakeysh Omprakash Mehra film was also first offered to Shahrukh Khan, who wasn’t keen on doing the film. Hrithik Roshan had turned down was Aamir Khan-starrer Rang De Basanti. Hrithik wanted to play the role of DJ. But Aamir Khan had already been signed for the project and thus Hrithik backed out.

Stay tuned to this space for more such interesting updates, news and gossip.

Also Read: Meet the exes of B-Town celebs before they were famous