Hrithik Roshan had become an overnight star after he made his acting debut with ‘Kaho Naa Pyaar Hai’ alongside Ameesha Patel.  The movie was a super hit at the box-office. But, not many know, that before Ameesha, Kareena Kapoor was supposed to be part of this film. So much so that Kareena and Hrithik even shot for some portions together, however, things fell apart because of a tiff between Kareena’s mother Babita Kapoor and Rakesh Roshan.

It is said that Bebo’s mom Babita was not in agreement with Rakesh’s working style. It all happened post the ‘Mahurat Shoot’ of the movie when the first schedule was shot in Versova. Bebo was to shoot for a song sequence for the movie. But soon afterwards, Babita started interfering and told Rakesh to shoot for scenes first and songs can be done later. Reportedly, this made Rakesh furious as he did not like Babita’s interference and not shooting the songs first would make him suffer a huge loss. 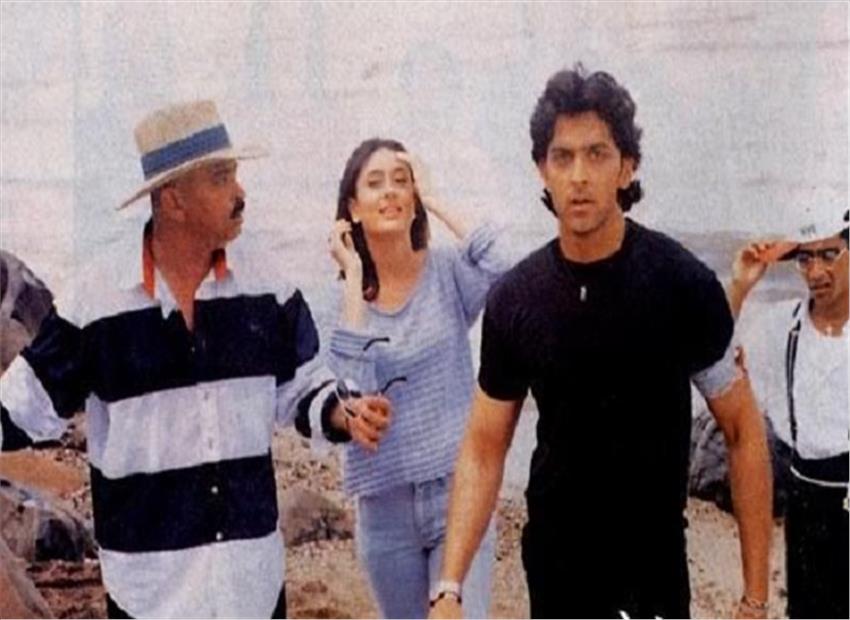 Rakesh even tried to reason with Babita that Kareena is doing well and that everything is falling into place but, Mrs Kapoor was not buying it. Babita even tagged him unprofessional because of which Kareena was eventually dropped out of the film. Rakesh had then stated, “Kareena is a newcomer and should be treated like one, she cannot call the shots just because she’s Karisma’s sister. Babita should have spoken to me like a newcomer’s mother and shouldn’t have demanded more than she owed.”

There were also reports which stated Kareena was dropped out of ‘KNPH’ because of Hrithik, as he did not want the actress to be a part of the movie. But, those reports were never verified.

And we all know that later ‘Kaho Naa Pyaar Hai’ went to Ameesha Patel. Hrithik and Ameesha made a stellar pair and their fans still wish to see them together.

Also Read: Kareena Kapoor has an ‘insane lunch’ on Eid thanks to hubby Saif Ali Khan aka ‘Chef Saifu’

Janhvi Kapoor talks about fans pointing out her re

Iulia Vantur and Yo Yo Honey Singh recall indulgin

Anushka Ranjan and Aditya Seal put all the pregnan

Ranveer Singh heaps praises for the women in his l

Sonam Kapoor spotted with dad Anil Kapoor's at the

Deepika Padukone and husband Ranveer Singh back at

Esha Gupta recalls being ABUSED by a director on s

Birthday celebration for the new mommy😍💚 . .

Kiara Advani recalls a scary fan experience: He walked up all the stairs of my…

When Mahesh Bhatt spoke about his differences while working with Aamir Khan: ‘It wasn’t a…