Shah Rukh Khan asked to describe Salman Khan in one word; King Khan nailed it with his superb reply!

Shah Rukh Khan has been making headlines for his #AskSRK chat since the past few days. He has been giving some of the wittiest replies and has taken social media

Shah Rukh Khan has been making headlines for his #AskSRK chat since the past few days. He has been giving some of the wittiest replies and has taken social media by storm. Looking at that, we go down memory lane when the superstar did a similar ask SRK chat a couple of years back. A fan asked him to describe Salman Khan in just one word and SRK just nailed it giving one of the wittiest replies to the person.

Talking of the fan question, SRK was asked, “Salman Khan in one word (sic).” King Khan didn’t bat an eyelid before reverting to the fan calling Salman Khan as “Bro (sic).” Have a look at the conversation here: 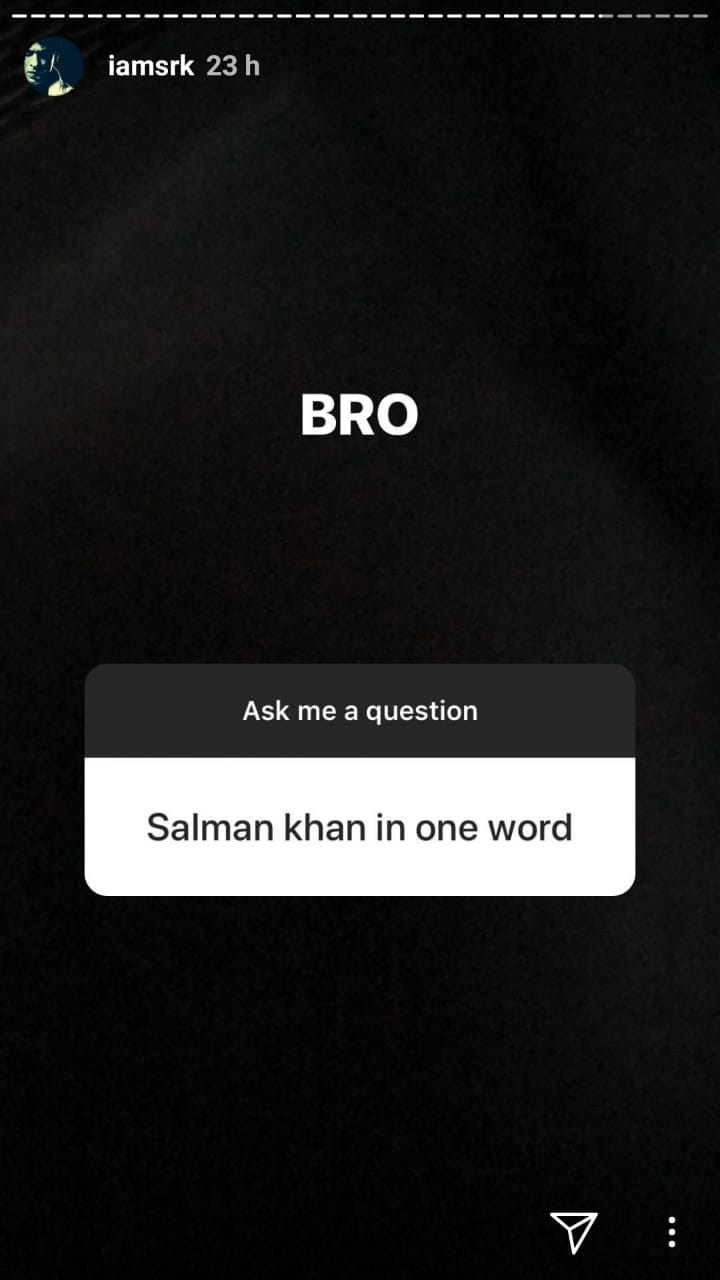 This was not the only one, Shah Rukh Khan also replied to many other fan questions during that #AskSRK chat. Here are some more:

A troll didn’t ask him a question but said something during the #AskSRK session, and Shah Rukh’s wit just killed it. The person said, “Fuck fuck fuckkk (sic).“ Have a look: 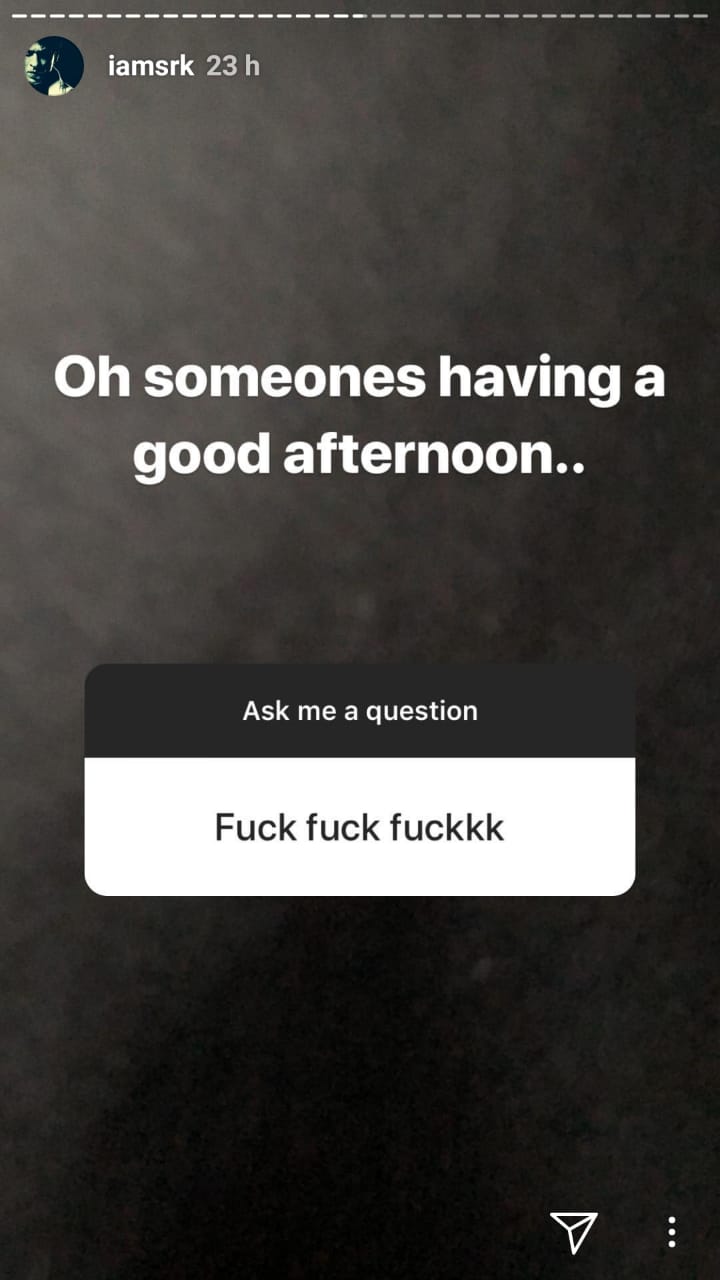 Shah Rukh Khan could have had easily avoided this comment, but the superstar in his witty sense just nailed it with his response. He wrote back, “Oh someones having a good afternoon.. (sic).” What a star! What a witty sense of humour King Khan.

Shah Rukh also had given out some more funny answers like these. A troll went on to ask Shah Rukh, “How many time do you poop? (sic).” While it wasn’t something too offensive and therefore, SRK decided to kill the troll with his wit and humour. Have a look: 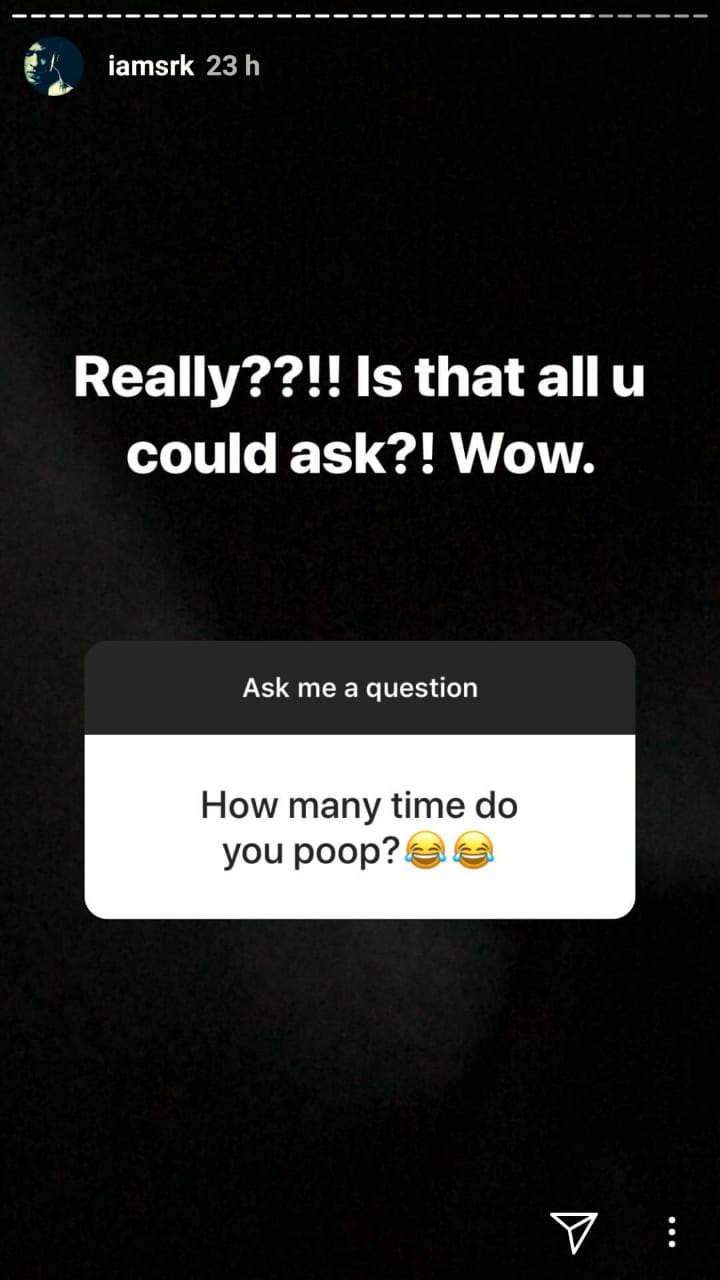 Shah Rukh Khan just shut the troll down by saying, “Really?!! Is that all u could ask?! Wow (sic).” We must say, King Khan did kill the troll down and won the appreciation of all his fans.

Just yesterday we brought to you how Shah Rukh gave out the most hilarious and sarcastic fitness tips to get a great body during an #AskSRK round. On the work front, Shah Rukh Khan was last seen in ‘Zero’ in 2018. He has since then taken a break from films and hasn’t yet announced anything yet. However, during the recent #AskSRK session, he praised Rajkumar Hirani a lot which made people believe that he may have actually signed on for Rajkumar Hirani’s next project. If the rumours are true, we are super happy for the two stellar powerhouses to come together. Let’s wait and watch when the two decide to speak up if or not they’re collaborating for a film soon.

Stay hooked onto Bollywood Bubble as we bring you more such insights from SRK’s chat with his fans on social media.

Kiara Advani recalls a scary fan experience: He walked up all the stairs of my…

When Mahesh Bhatt spoke about his differences while working with Aamir Khan: ‘It wasn’t a…