Tiger Shroff celebrated his 31st birthday on March 2. The birthday boy was first spotted on a lunch date with rumoured girlfriend Disha Patani. The Baaghi actor later celebrated his birthday by taking out his mother Ayesha and sister Krishna Shroff for a dinner. Also joining them on their dinner outing was Bharat actress Disha Patani.

After their dinner outing, Tiger and Disha again refrained from posing together for the shutterbugs. However, we saw Disha and Tiger’s sister Krishna walking out hand-in-hand out of the restaurant.

Last night, Tiger and his family sans Jackie Shroff were seen leaving a popular eatery in Mumbai. Wearing a sleeveless white hoodie paired with blue denim, the Heropanti actor looked handsome. At the paparazzi’s request, he even posed for them before moving towards his car. Following him came his mother Ayesha. Disha came out walking hand-in-hand with Tiger’s sister Krishna. These two share a great bond and are always seen hyping each other via their social media posts.

Both Disha and Krishna were seen wearing crop tops paired with black denim and track pants. They looked dazzling as usual. You can check out their video below:

Later Krishna took to her Instagram stories and sharing a picture from their last night celebration, she wrote, “Fam jam. Missing @Apnabhidu.” In the picture, Krishna is seen kissing her brother’s head as he posed for the camera while sitting next to their mother Ayesha.

Disha also shared a picture of her BFF Krishna on her Instagram stories. She simply captioned it as, ‘Keeshuu’. 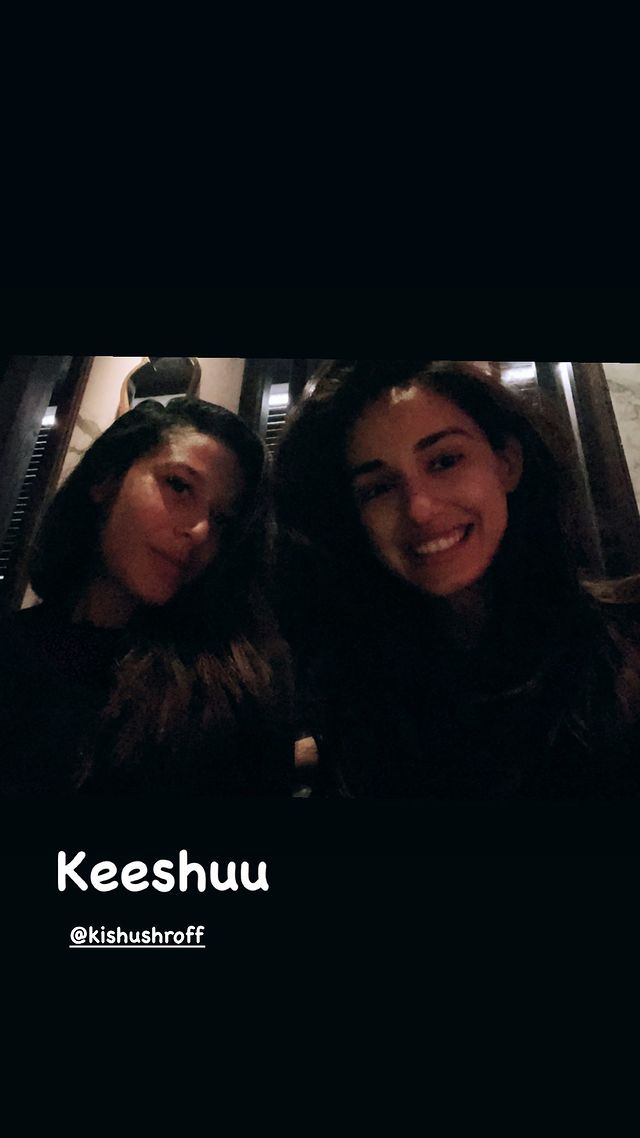 Tiger’s alleged girlfriend Disha is always present by his side. She is also very much attached to his family. However, the rumoured lovebirds always refrain from talking about their relationship.

Recently, Jackie Shroff commenting on his son’s wedding rumours told Hindustan Times, “He (Tiger) is married to his work right now. I don’t think he is going to defocus because once he focuses on something then he has a laser-like focus. If he gets married, I know he will be going to focus on that.”

On the work front, Tiger will be next seen in the Rambo remake. He also has Heropanti 2 lined up.