Bollywood fashionista Sonam Kapoor has scored a perfect 10 this season of Cannes Film Festival.  On the second day  of her appearance  the actress went traditional . Sonam who  looked gorgeous in her vintage look in a black Ellie Saab couture gown for her first appearance on the red carpet, was elegant in pale pink Anamika Khanna sari dress.

As per sources,  Sonam draped her sari’s pallu like a cape which showed off her heavily embroidered short blouse. She kept her hair open and finished off her look with jewellery by mom Sunita Kapoor. Jimmy choo shoes and ferragamo clutch finished the entire look.

Sources further added that for her last appearance at the Cannes film festival, Sonam changed into a lilac chiffon Ellie Saab Couture gown. She finished off her look with a Chopard necklace and Ferragamo clutch.S 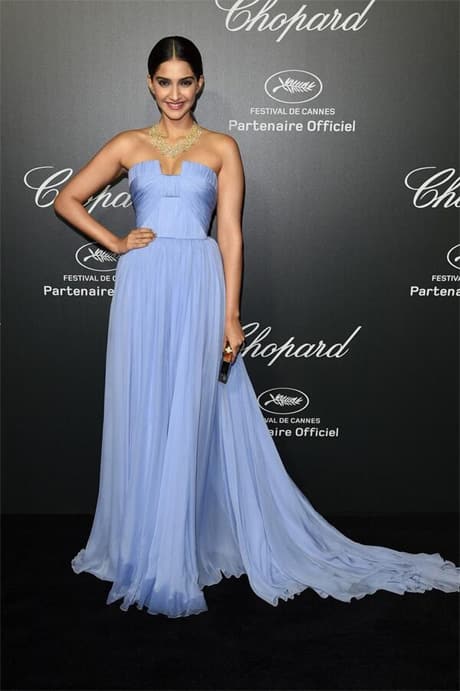