Bollywood’s Khamosh girl Sonakshi Sinha was seen having a blast with co-actor Arjun Kapoor and Varun Dhawan. Dressed in a short white lace dress, Sonakshi had heads turning to catch a glimpse of the actress who is looking quite hot in her new slim avatar.

Sona has a great sense of humour too and this facet of Sona’s personality was revealed when she posted a picture herself posing with actor Arjun Kapoor and Varun Dhawan at the ‘Main Tera Hero’ success party. She also said that the sequel of the film would have the three actors and would be called ‘Main Teri Heroine’.

Not  a bad idea Sona, we think soon someone will be launching such a movie. 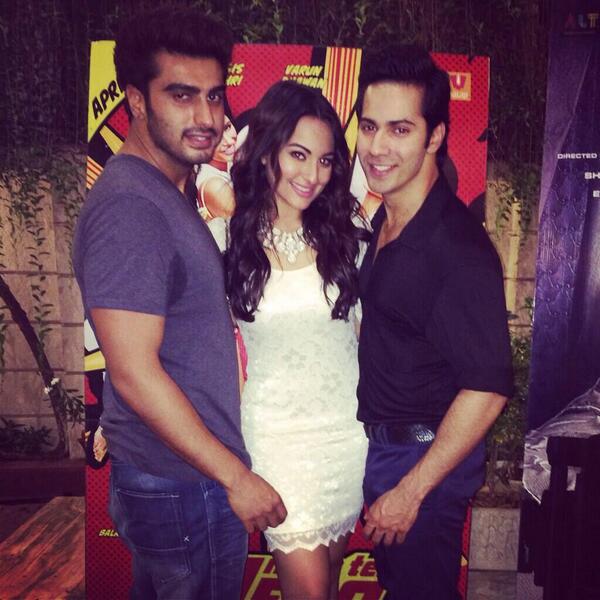