A slim Sonkashi Sinha on new poster of ‘Holiday’

‘Holiday: A Soldier is Never off Duty’ is an action thriller film directed by A.R. Murugadoss. It will see Akshay play the role of an army officer while Sonakshi will portray the role of a  a college-level boxer, who is completely modern in her outlook ! The movie also has Govinda in a supporting role. 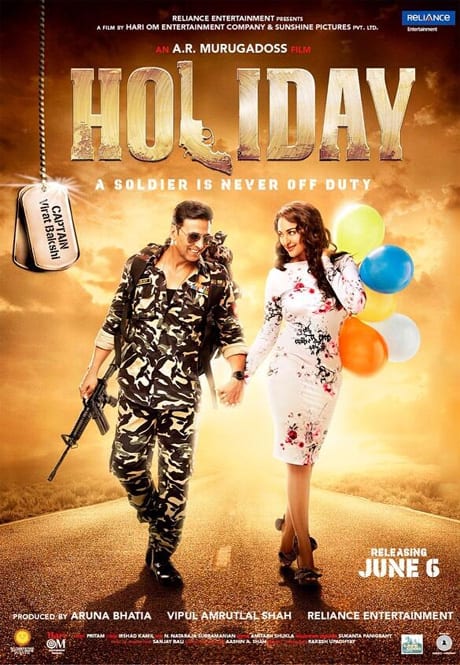