Hrithik Roshan to jump like Spider man in ‘Bang Bang’?

Superstar Hrithik Roshan and Katrina Kaif’s ‘Bang Bang’ is going great guns after a long break. The delay was caused by Hrithik’s head injury. But now it seems that things are back on track since Hrithik Roshan got back in action with the shooting of Siddharth Anand’s ‘Bang Bang’ in February.

Katrina Kaif was last seen in Shimla shooting for ‘Bang Bang’ with Hrithik. 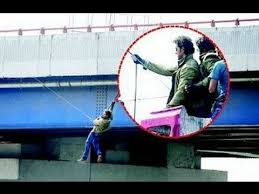