Actress Dia Mirza has used the microblogging site Twitter to announce the news of her engagement to long-time beau and business partner Sahil Sangha.The 32-year-old former beauty queen, who was rumoured to be seeing actor Kunal Kapoor years back, seems to have made her relationship with Sangha official in New York City as she hash-tagged the city’s name in her tweet.“Officially engaged. #NYC,” she posted Wednesday.

Congratulations poured in from friends and fans soon after. The duo was in the US already to attend the recently held International Indian Film Academy (IIFA) Weekend and Awards in Tampa Bay, Florida. They even posed confidently for the shutterbugs.Together, Dia and Sahil formed a production house called Born Free Entertainment Pvt. Ltd. in 2011. Their first production under their banner, which was earlier also co-owned by actor Zayed Khan, was “Love Breakups Zindagi”.They are now looking forward to “Bobby Jasoos”, which stars Vidya Balan. 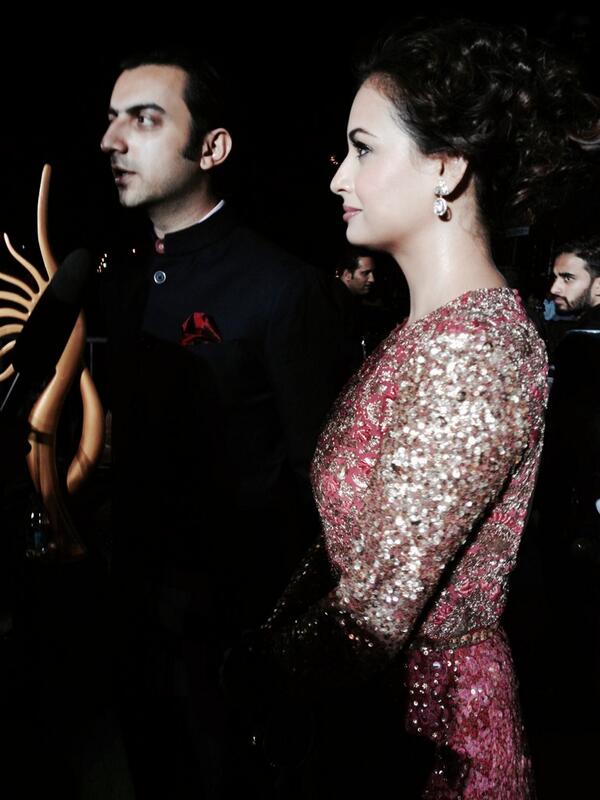