Bollywood beauties Katrina Kaif and Anushka Sharma are busy promoting their upcoming release ‘Zero’ on major platforms. Recently the duo was seen on the sets of India’s Got Talent where

Bollywood beauties Katrina Kaif and Anushka Sharma are busy promoting their upcoming release ‘Zero’ on major platforms. Recently the duo was seen on the sets of India’s Got Talent where they burned the dance floor with Karan Johar. The reality show which sees Kirron Kher, Karan Johar and Malaika Arora as the constant judges, showcases talent from all over India.

Anushka and Katrina looked dazzling in their shimmery attires and floored the contestants with their groove on the dance floor. Their faceoff on the show is the best thing to look forward to. 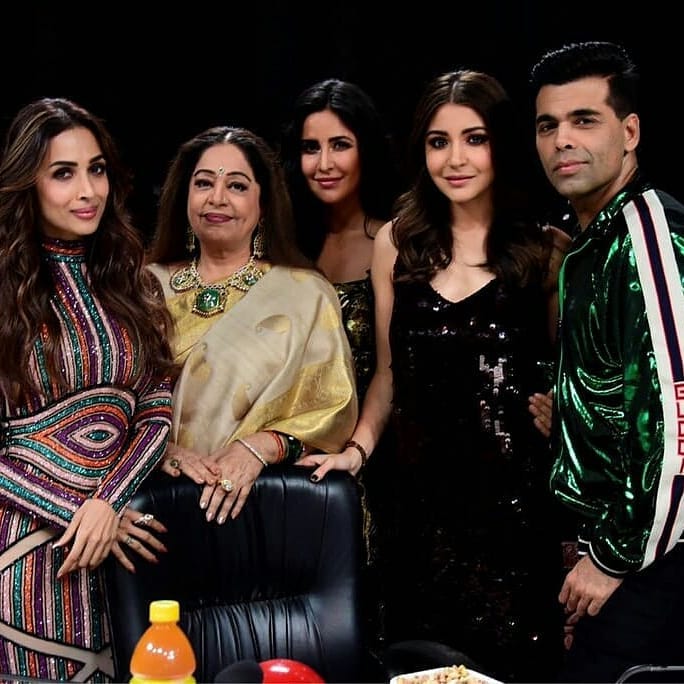 Katrina and Anushka posed with the judges of India’s Got Talent. 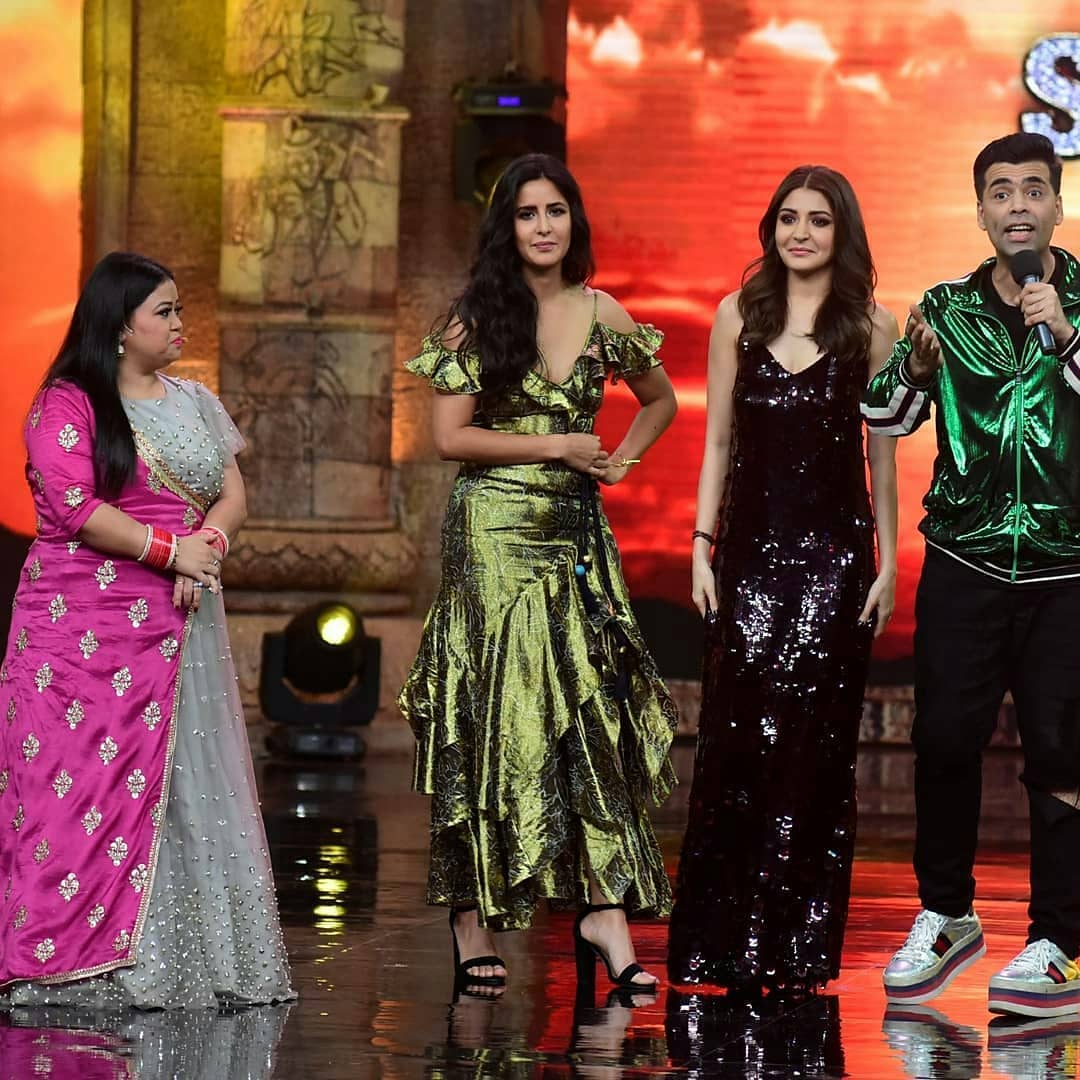 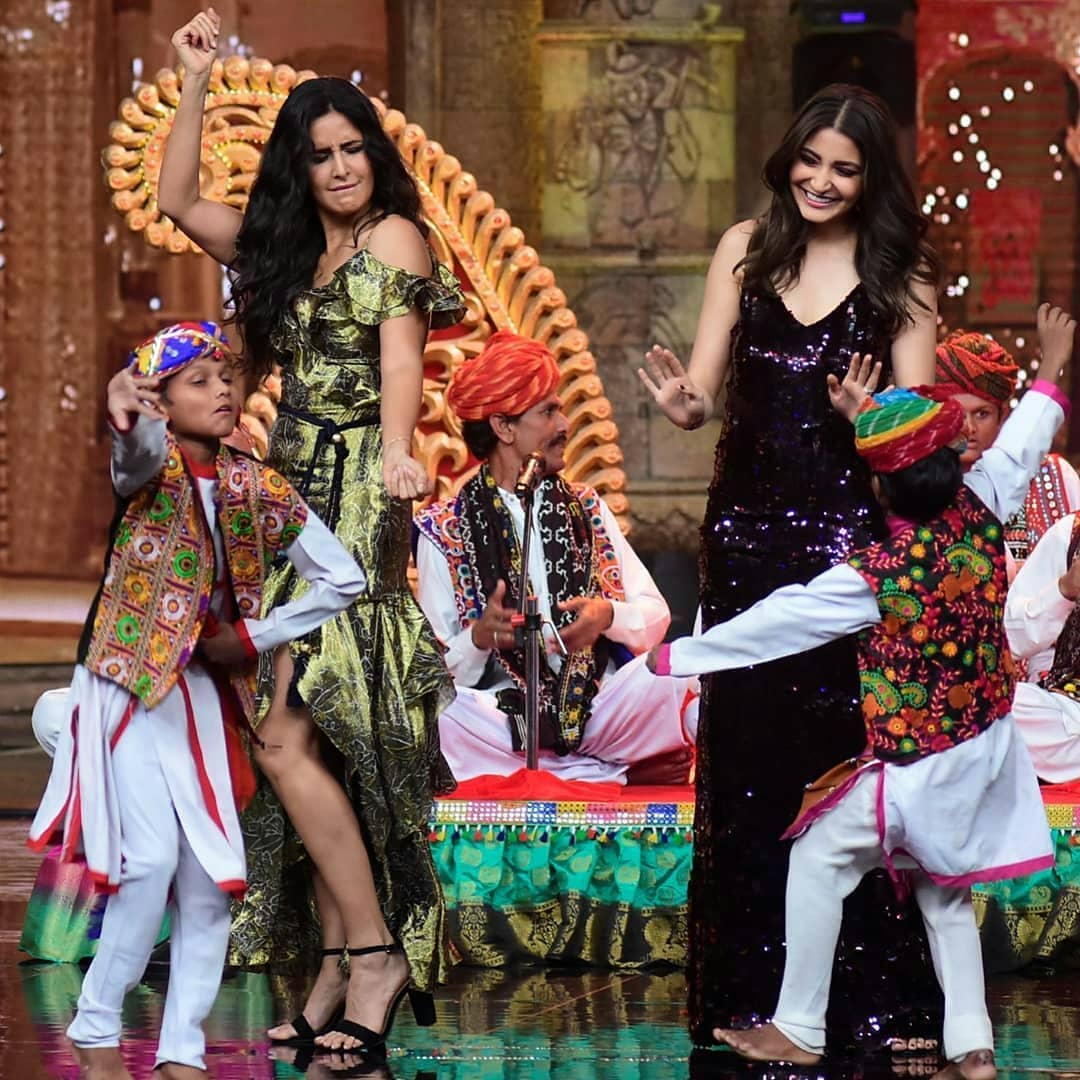 Here’s a glimpse of Katrina and Anushka grooving to the rap of a Rajasthani group of singers:

Co-host Rithvik Dhanjani, then got Malaika to shake a leg on her iconic song ‘Chaiyan Chaiyan’, this time she danced not on a train but a ship and the gorgeous lady blew us over with her groove on the dance floor.

Check out her act here:

Aanand L Rai’s ‘Zero’ stars Shah Rukh Khan as a vertically challenged man Bauua Singh. Also featuring Katrina Kaif and Anuhska Sharma in pivotal roles the film will have cameos by Salman Khan, late actress Sridevi and a host of other Bollywood celebrities. ‘Zero’ will be releasing on December 21, 2018.

Also Read: ‘Zero’ Promotions: Shah Rukh Khan and Salman Khan have a gala time on the sets of Bigg Boss 12