Ranveer Singh and Deepika Padukone are officially husband and wife now. DeepVeer’s fans have been on toes to catch the first glimpse of the newlywed. And every update from the

Ranveer Singh and Deepika Padukone are officially husband and wife now. DeepVeer’s fans have been on toes to catch the first glimpse of the newlywed. And every update from the DeepVeer’s Italy wedding has created a constant buzz on social media today.

Ranveer and Deepika tied the knot in a traditional South Indian wedding today. And the couple will also have one more wedding ceremony tomorrow which will follow the Sindhi customs. Only a selective people were in attendance at the DeepVeers Italy wedding. In the pictures that are making the rounds of social media, the whole scenic view of the Lake Como can be seen. Also, a few pictures from Ranveer-Deepika’s wedding ceremony are out.

In the picture below the newlywed Ranveer and Deepika are seen wearing South Indian traditional attires, which includes complete white and golden attire. 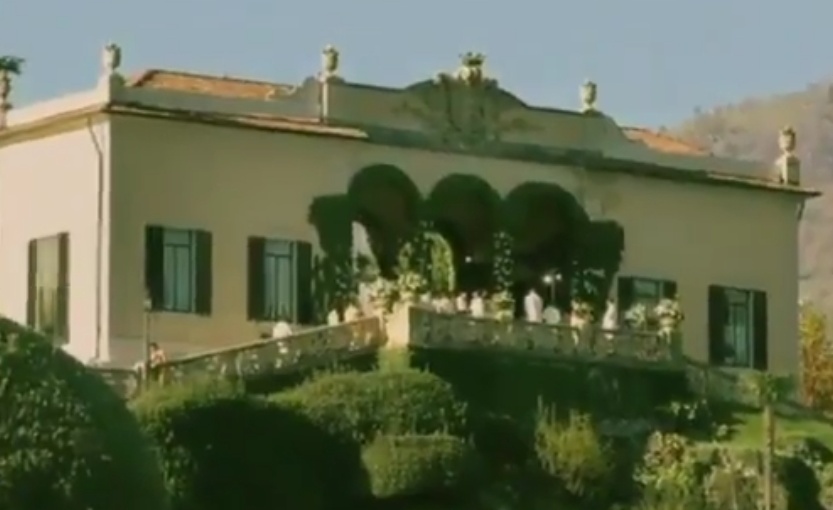 A fan club of the actor shared a video in which Ranveer Singh was spotted in a hydroplane.

Once they return from Italy, two wedding receptions have reportedly been planned by the newlyweds. One reception will take place at Deepika’s hometown Bengaluru on November 21 and a grand Bollywood party will be hosted by the couple in Mumbai on November 28.

Before getting hitched, Ranveer Singh and Deepika Padukone were dating each other for around six years and have shared the screen space in three blockbuster films ‘Ram-Leela’, ‘Bajirao Mastani’ and ‘Padmaavat’ which released this year.