In Pics: Priyanka Chopra rings in Diwali with her family in Mumbai

Bride-to-be Priyanka Chopra is back in India to celebrate Diwali with her family. After a flamboyant bridal shower in New York, bachelorette and a pyjama party in Amsterdam, PeeCee is

Bride-to-be Priyanka Chopra is back in India to celebrate Diwali with her family. After a flamboyant bridal shower in New York, bachelorette and a pyjama party in Amsterdam, PeeCee is here to celebrate the festival of lights. Taking to her social media handles, she wished everyone a happy Diwali. She wrote, “Happy Diwali. So happy to be home to celebrate with my loved ones. I wish for the world to be bestowed with love, light and happiness.”

Priyanka donned an ethnic yellow suit and complemented her look with bangles and a bindi while her mom Madhu Chopra was in a pink embroidered sari and brother Siddharth was in a white kurta-pajama. She kept the celebrations a low-key affair.

Here are the pictures. 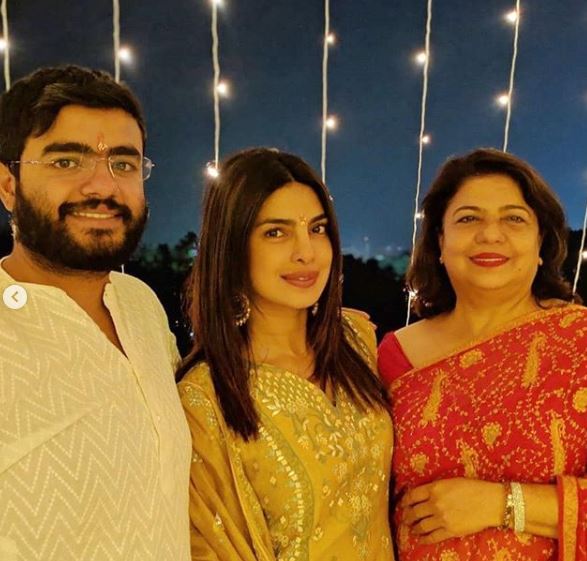 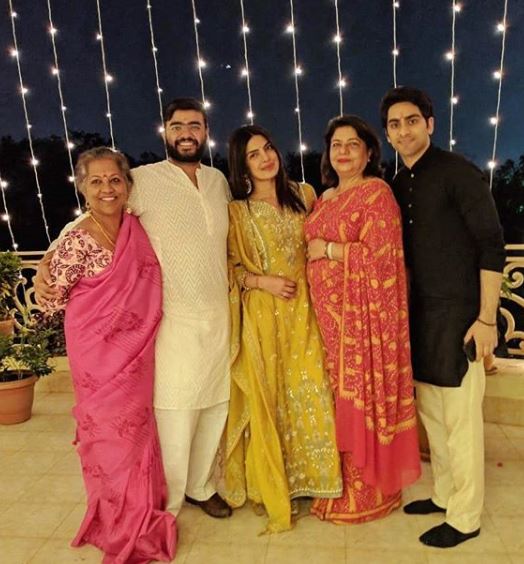 Priyanka must be missing her fiancé Nick Jonas, who couldn’t make it up to the celebration. If reports are to be believed, the couple will exchange wedding vows on December 2 in Jodhpur and the celebrations will kickstart from November 30. There will also be a Christian wedding followed by the Hindu rituals. Yet, there is no confirmation from the couple as of now.

Nick and Priyanka got engaged in a traditional roka ceremony on August 18 this year. Nick’s parents had flown to India for the roka and it was a hush-hush ceremony.

Meanwhile, the pictures from Priyanka’s bachelorette party with sister-in-law Sophie Turner, cousin Parineeti Chopra, BFFs Tamanna Dutt and Srishti Behl Arya and other girls of the squad have gone viral on the internet.

Also Read: In Pics: Priyanka had a blast at pyjama party with her girl gang featuring Parineeti and Sophie Turner