‘Thugs Of Hindostan’: Amitabh Bachchan shares experiences about the regal treatment he received on the sets

‘Thugs Of Hindostan’ is made on a whopping budget of around Rs 310 crore and after watching the trailer, we can make out that the makers have poured in a

‘Thugs Of Hindostan’ is made on a whopping budget of around Rs 310 crore and after watching the trailer, we can make out that the makers have poured in a huge amount of money for the magnum opus. As it is an adventurous drama set against the backdrop of the British era, every single thing needed to be extravagant. Keeping that in mind, director Vijay Krishna Acharya had shot the movie in real locations like Thailand and Malta as Amitabh Bachchan and Aamir Khan’s characters demanded to be shot in these exotic locations.

Speaking about the shooting locations in Thailand, Mr Bachchan told Mid-Day that initially when Vijay Acharya told him about Thailand, he couldn’t understand as to why he chose that particular location. Later on, when Mr Bachchan reached the spot, he was awe-inspired by the beauty of it. Adding to it he said, “It’s a massive cave, almost 20 to 30 storeys high. While shooting in certain locations, we had many visitors. Huge snakes would appear suddenly from the rocks. Often, people on the sets played pranks by throwing rubber snakes.” 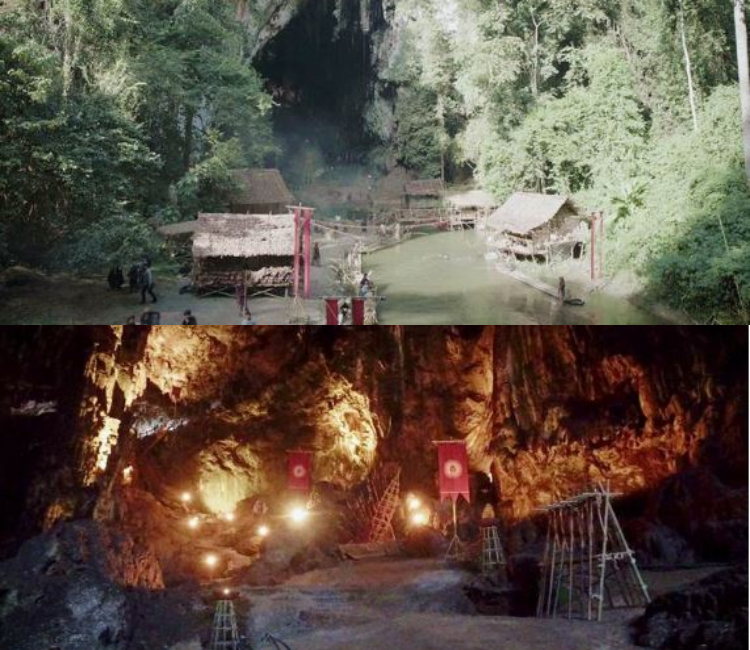 The cave was the hideout of Khudabaksh aka Amitabh Bachchan and reaching there was a 30-minute walk which was a bit tiring for the septuagenarian. Talking about the treatment he received on the sets, the megastar said, “It was mountainous, so we had to climb. I have breathing problems. I tried to make the journey a couple of times, but it was not happening. They generously made me a Palki. I was lifted and taken to the location, looking very regal.”

We are super excited for the movie to hit the screens on November 8 and witness those picturesque locations.

Also Read: ‘Thugs Of Hindostan’: You can do advance bookings for the action adventure on THIS date!