Bollywood actress Sushmita Sen has been in news for some lovely fitness videos that she shares on her social media handle. Her fans are bewitched by her chiseled body and

Bollywood actress Sushmita Sen has been in news for some lovely fitness videos that she shares on her social media handle. Her fans are bewitched by her chiseled body and are also curious to know some personal details of her life that she loves to share with them on social media.

Sushmita Sen, who was in a stable relationship with Ritik Bhasin until June, was very much single after breaking up with him. But it seems like the actress is all set to give love another chance. A few days ago, the Bengali beauty was spotted with a mystery man at the Mumbai airport. Soon, rumours of a new man in Sush’s life was making the rounds. 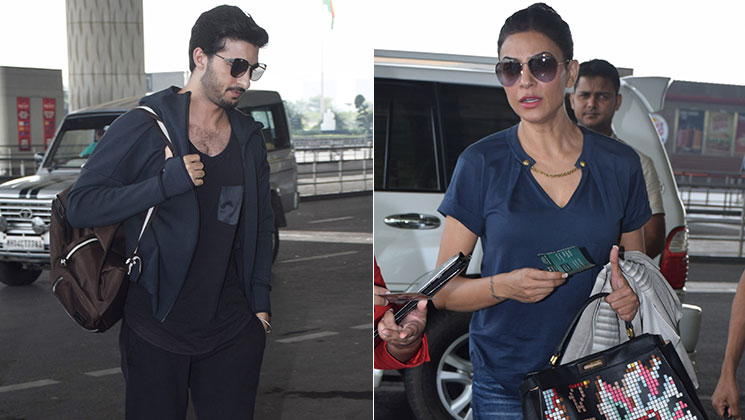 Sources revealed to Spotboye that the man in question is Rohman Shawl, a model. The two met at a Mumbai fashion event in August and instantly hit it off. Since then, the two have kept in touch.

Sources further added that “It’s too early to comment on their relationship status but they are definitely more than just friends.” Apparently, the model is a regular visitor at Sushmita’s house and the actress’s daughters – Renee and Alisah – also get along with him well.

Sushmita’s ex-boyfriend, Ritik too seems to have found love again. He is reportedly dating Deepti Sahi whom he met through a common friend. Ritik’s new ladylove was invited too to celebrate Zaheer Khan’s 40th Birthday in Maldives. FYI, Ritik is close to the cricketer and his wife Sagarika Ghatge.

Sushmita Sen recently walked the ramp as a showstopper for designer Neeta Lulla at the at the grand finale of BTFW 2018 in Mumbai.