Saif Ali Khan and Kareena Kapoor Khan’s son Taimur is no less than a celebrity himself.  The little one has become the internet sensation ever since his first photograph became

Saif Ali Khan and Kareena Kapoor Khan’s son Taimur is no less than a celebrity himself.  The little one has become the internet sensation ever since his first photograph became viral on the social media. The cuteness and the charm that Taimur Ali Khan has is enough to make everyone go, Aww’. Recently reports of Saif and Kareena planning to send Taimur to a boarding school were doing the rounds. In a candid interview with us, the ‘Baazaar’ actor Saif revealed why he wants to send the little munchkin Taimur to the boarding school.

From quite long days the rumors have been making the rounds on social media stating that Saif Ali Khan and Kareena Kapoor Khan are planning to send Taimur away from the glam industry. At the group interviews of Saif Ali Khan’s for his upcoming film ‘Baazaar’, we asked the actor that why he is deciding to send his little one to the boarding school.

Revealing the reason behind their decision, Saif said “He (Taimur) needs to see the world like Rohan Mehra ( Saif’s co-star in ‘Baazaar‘).  Maybe we will send him to a boarding school when he is 13. And sometimes the star kids have to go away while growing, to get away from the attention that they get at a very young age. And you are lucky when you are a celebrity you can afford to do that.. because you need money to do that”.

Saif Ali Khan, who was himself sent to a boarding school while he was a teenager, says one needs to have simplicity in life. 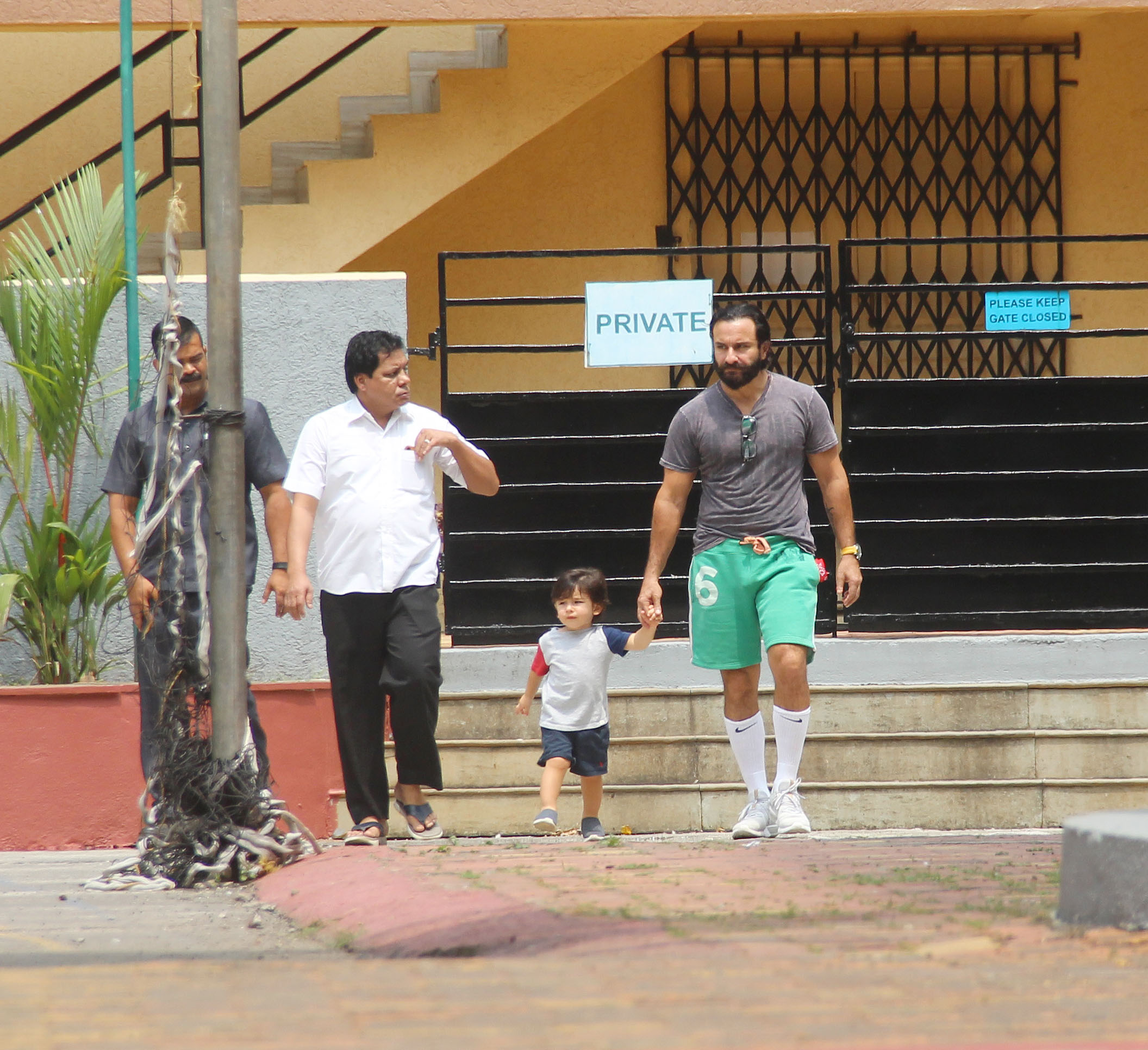 Taimur who doesn’t shy away from cameras and the huge crowd is the only star kid in the industry, whose cuteness and innocence have bought him so much of attention. Taimur Ali Khan has always surrounded the paparazzi wherever he goes.

Adding further the responsible father, says, “With so much of attention, people taking the pictures of him all the time. I don’t think is a balanced life for an innocent child at this age, that’s why sometimes a boarding school is the best choice”.

Saif also revealed some interesting things about Taimur. He said, “Taimur calls me Abba and sometimes sir because our maid calls me sir and he also addresses me as Bhai because our neighbours or the workers call me Bhai”. Aww…poor Taimur must be so confused.

Saif has completed his education at Winchester College, where even his father (Mansoor Ali Khan Pataudi) had studied. Now, looking at the custom he followed perhaps he will send Taimur to same the boarding school where he studied.