Kangana attacks Hrithik again: There are men who keep their wives as trophies and young girls as mistresses

The Kangana Ranaut-Hrithik Roshan controversy has once again come into the limelight with the ongoing Tanushree-Nana’s controversy. After accusing ‘Queen’ director Vikas Bahl of sexual harassment, Kangana has once again

In an exclusive interview with Zee News, Kangana said that she that whatever is happening with Vikas Bahl is absolutely right. She further revealed the name of her ex-flame Hrithik Roshan. The ‘Queen’ actress said, “Whatever is happening with Vikas Bahl is absolutely correct. There are many people like Vikas Bahl he is not the only one. We still have a lot of work to do it so we should not start the celebrations as yet.  We have a long way to go. We have to make this place absolutely safe for women.” 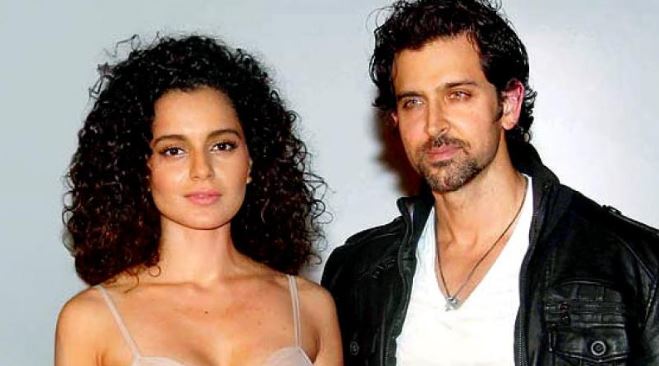 Kangana further said, “There are men who make false promises of love and marriage to a girl to get them into a relationship that is also a type of harassment. There are married men who keep their wives as trophies and keep young girls as their mistresses like Hrithik. They lure young beautiful girls with the promise of marriage and later try to prove them mad. Nobody should work with such people. They should be boycotted.”

This is not the first time Kangana has attacked Hrithik. Earlier too, the actress had claimed in many interviews that Hrithik was in a relationship with her even though he was married to Sussanne. Hrithik denied all the accusations as usual. Now, let’s see how Hrithik reacts to her fresh comments. Till then keep reading our space.