Bollywood’s latest heartthrob Varun Dhawan has been garnering praises for his recent release ‘October’. The actor is now busy with his next ‘Kalank’. The multistarrer marks the reunion of the

Bollywood’s latest heartthrob Varun Dhawan has been garnering praises for his recent release ‘October’. The actor is now busy with his next ‘Kalank’. The multistarrer marks the reunion of the ‘Badrinath Ki Dulhania’ jodi once again. Yes, we shall see the magical onscreen chemistry of Alia Bhatt and Varun in the upcoming Karan Johar magnum opus. 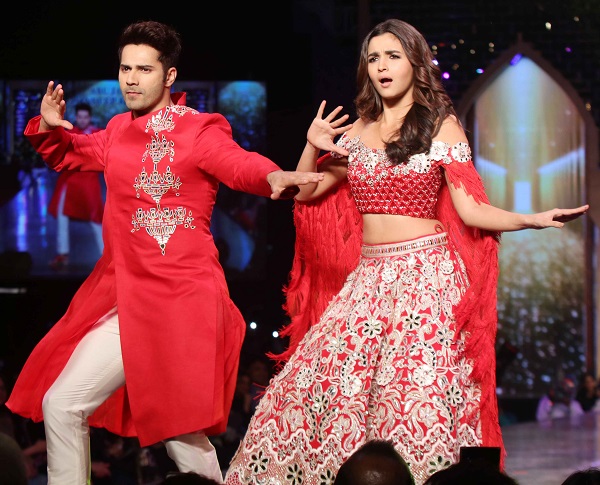 Recently the ‘Judwaa 2’ star shot the introductory song for the period drama that is being helmed by Abhishek Varman and co-produced by Karan Johar’s Dharma Productions and Sajid Nadiadwala’s Nadiadwala Grandson Entertainment.

Varun Dhawan was joined by Kiara Advani for the introductory song. It is being choreographed by Remo D’Souza and had 500 back up dancers grooving to the track that is composed by Pritam. The exciting news is that Alia Bhatt too is a part of the lavish dance number. Alia is expected to join the shoot today. (Also Read: 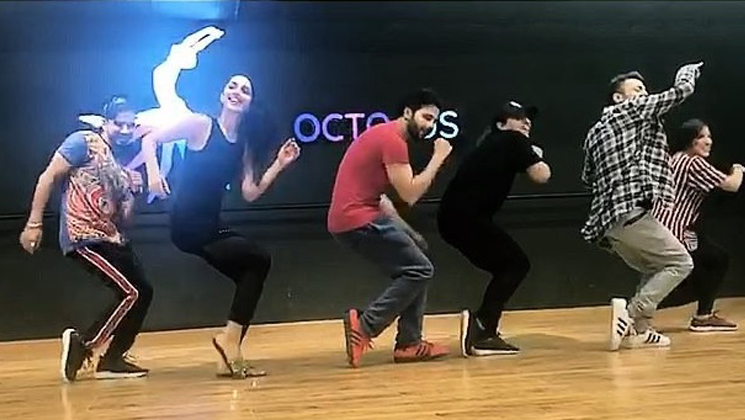 Sources said, “Varun began his rehearsals with Remo’s team four days before shoot and Kiara joined him on the last two days. In between shots, the actor would catch up on his workouts in a gym specially built on set.” (Also Read: Varun Dhawan’s ‘October’ registers decent numbers over the 2nd weekend!)

Varun shared that they wrapped up the song on Sunday morning at 6 am.

Kiara Advani and Alia Bhatt are missing in the video, but the choreographers and crew members were present with Varun.

‘Kalank’ also stars Sanjay Dutt, Madhuri Dixit, Sonakshi Sinha and Aditya Roy Kapur in pivotal roles. It is set in the 1940’s with the backdrop of the Partition and slated to release on April 19, 2019.