Janhvi, Khushi and Anshula to join Arjun Kapoor for a London vacation

Actor Arjun Kapoor has stood like a pillar of strength for his step sisters Jahnvi Kapoor and Khushi Kapoor ever since the demise of their mother Sridevi. Boney Kapoor with

It is being reported that the actor is planning to take his sisters on a London trip soon.

As per a report in a leading publication, “Janhvi and Khushi along with step-sister Anshula will join brother Arjun Kapoor for a holiday in London. Arjun will soon be shooting for his film Namastey England in London and this turned out to be the best time for his sisters to bond with him.”

Arjun recently slammed an entertainment website for making sleazy remarks on Janhvi. Arjun wrote “U know what Fuck u man fuck u as a website for highlighting or bringing it to anyone s attention…and it’s shameful that ur eye would go searching for something like this shame on u…this is how our country looks at young women yet another shining example…ashamed by this…” 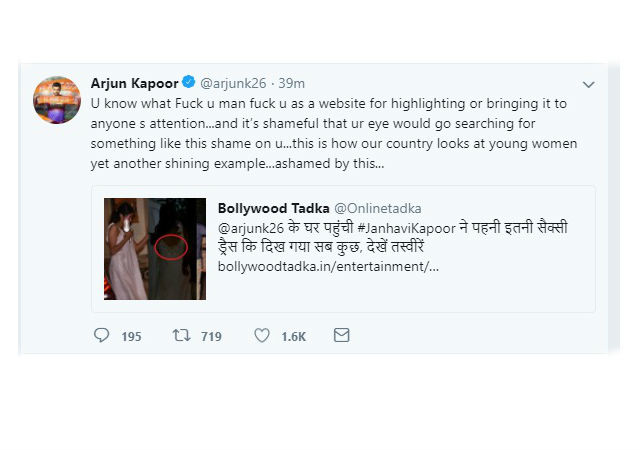 On work front Arjun will soon be seen in ‘Namastey England’ that also features Parineeti Chopra.