Kangana Ranaut: I personally feel item numbers should be banned

She rang in her 31st birthday a few days back and has now flown to her newly bought Manali home. Kangana Ranaut is controversy’s favourite child in Bollywood, but is

She rang in her 31st birthday a few days back and has now flown to her newly bought Manali home. Kangana Ranaut is controversy’s favourite child in Bollywood, but is also unapologetically opinionated and is basking in a professional memoir that well speaks for itself. 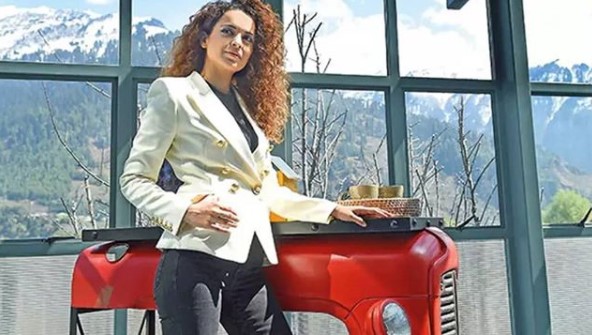 Kangana, who boasts of having acted in a variety of films, however, never agreed to offers of performing item songs. She not only finds them highly misogynist in nature, but advocates in favour of banning them.

“I don’t do item numbers because there is nothing to be done in them. They are… they are obscene, they are at times unfair, most of them are sexist. What is there to be done in them? I personally feel they should be banned. I can’t be a part of something which is so toxic for us, our society, our children. If tomorrow, you have a daughter, I have a daughter, would I want her to be called those names, objectified like that? I mean, there are children out there, we need to take responsibility for them,” she told TOI, in a recent interview. (Also Read:

Not very long ago, Kangana was also in news after she refused to endorse a fairness product.

On the professional front, she is gearing up for her next ‘Manikarnika: The Queen of Jhansi’ wherein she plays the titular role of Rani Lakshmibai.