Big B thinks actors should be called ‘robotic genes’ instead of film stars! Here’s why

With the filmmaking industry’s inclination towards digital medium which has replaced celluloid films, the oldest means of filming, a new era in terms of technical advancements has been introduced to

With the filmmaking industry’s inclination towards digital medium which has replaced celluloid films, the oldest means of filming, a new era in terms of technical advancements has been introduced to us.

However, some of world cinema’s biggest names, including Christopher Nolan, strongly advocate in favour of the 35mm and 70mm medium over the digitised ones. (Also Read: These new stills of Amitabh Bachchan from ‘Syeraa’ make us eager for his Telugu debut)

Nolan, who was in Mumbai to take part in a panel discussion over how to save celluloid from a mournful death, said it was ‘here to stay’. Megastar Amitabh Bachchan, here, seems to wholeheartedly share a similar fondness towards the same.

Big B, later, wrote on his blog, “The word film has suddenly lost its charm; for there does not seem to be any need to shoot films on film .. its all digital now … It was known as the ‘film industry’ , they were known as ‘film stars’ .. so in the complete absence of that medium and that product , it would be quite in order to call ourselves ‘robotic genes’ or words of similar sound .. ‘digi act’ .. or ‘digi digi’ .. what ever .. it would be an issue that would need consideration ..” 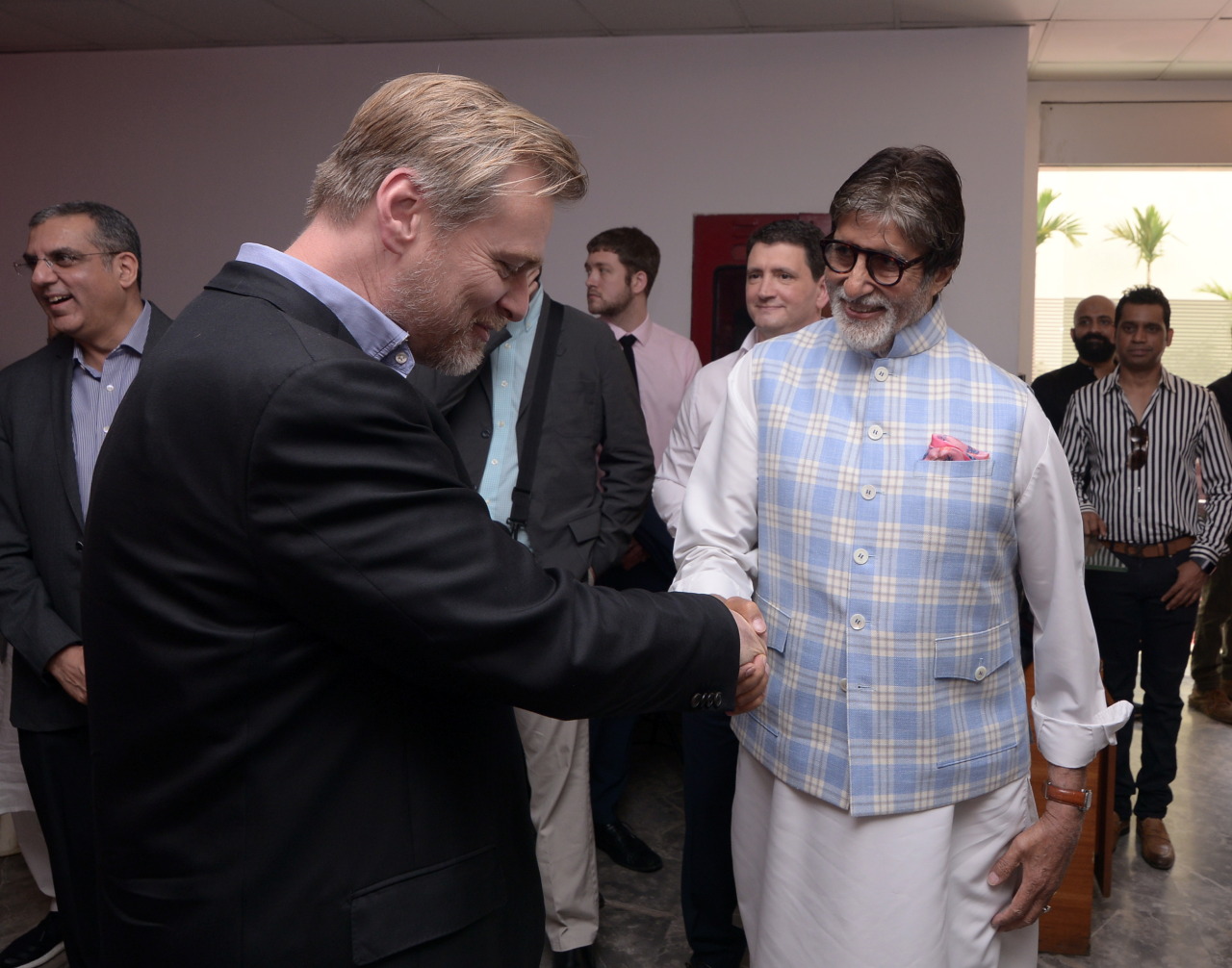 He rightly pointed out, “…Digital is a derivative of the original film print .. so how would you feel if a xerox copy of a Picasso were to be up at a museum for attention and appreciation .. film is the original .. digital format is not .. and in time to come this format may retire too.”

Nolan, as well, attended a 70mm print screening of his spectacular film ‘Dunkirk’ at IMAX Wadala. The panel discussion was attended by eminents like Shah Rukh Khan, Shyam Benegal and Sudip Chatterjee, beside Big B.