TOH: This PICTURE of Big B napping on the sets in his costume has us all excited

Currently, megastar Amitabh Bachchan is shooting for his much-anticipated upcoming project ‘Thugs Of Hindostan’. Recently, the megastar had shared about the gruelling schedule of this film. He had taken to

Currently, megastar Amitabh Bachchan is shooting for his much-anticipated upcoming project ‘Thugs Of Hindostan’. Recently, the megastar had shared about the gruelling schedule of this film. He had taken to his blog and written it in his unique way, “mornings begin for some .. end for some .. depends how you wish to see them .. how else can the pattern of our work be described .. it began yesterday in the evening of the day and has just ended in the morning of the today .. it takes hard work to survive .. and breathe ..”

Well, today there’s a good news for his fans out there. We’ve got our hands on a latest picture of Big B from the sets of the film. In this still it can be seen that Big B is taking some time off, to relax. We can even see him sitting on three chairs, something which he prefers since a long time. (Also Read: Thugs Of Hindostan: Aamir Khan reveals when the first look will be out)

Have a look at this new still of Big B from the sets here: 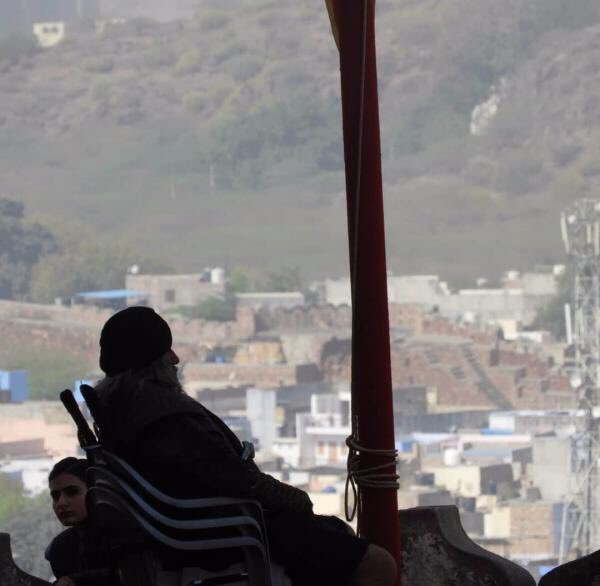 We can see Fatima Sana Shaikh too in the background.

Certainly, that adds to our excitement for the film.

Talking about the film ‘Thugs Of Hindostan’, it stars Aamir Khan, Katrina Kaif and Fatima Sana Shaikh playing the leads along with Big B. It is slated to hit the screens on November 7, 2018.