Aditya Chopra, who is known to direct some of the beautiful love sagas onscreen, gave one and all a super surprise when he married his longtime pyaar Rani Mukerji in

Aditya Chopra, who is known to direct some of the beautiful love sagas onscreen, gave one and all a super surprise when he married his longtime pyaar Rani Mukerji in a secret wedding. Adding to it, not just a secret marriage, the couple also got hitched at one of the most romantic places on Earth. Italy!

Now imagine if a couple has got married in Italy, how can the bride (Rani) settle down for a mediocre solitaire, right? And yes Rani Mukerji did not settle for a cheap ring and why will she as she is also the wife of THE ADITYA CHOPRA (you got the point, right). 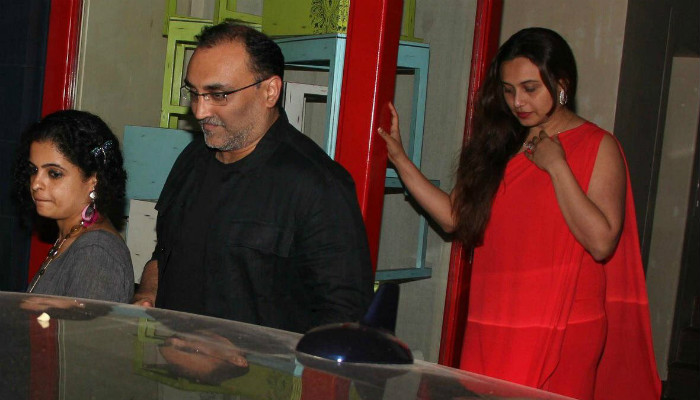 So it happened that while Rani is on her upcoming movie’s (Hichki) promotional spree she recently had a candid chat with Shah Rukh Khan and was seen flashing her moolah rock. And hey there, we are not at all kidding, as you can check out the below snap which will serve as a legit proof that YASSS, Rani Mukerji’s solitaire is not at all understated. (Also Read:Raazi: Alia Bhatt introduces Sehmat on her 25th birthday!) 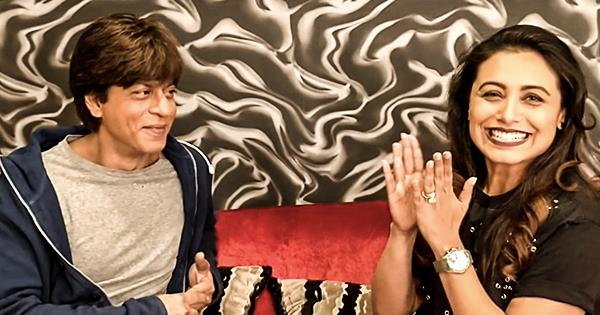 For the unaware, Rani Mukerji is leaving no stone unturned to promote her film ‘Hichki’ and so was seen asking SRK about the ‘Hichki’ moment of his life. To which the star said that it was his parent’s death. On an ending note, we must say Rani is one lucky actress to flash such a huge stud in her ring.