After Katrina, this Salman Khan actress to perform hand-to-hand combat

These days, actresses too have taken fondly to action flicks and are at par with their male counterparts when it comes to an action sequence. Salman Khan’s leading lady Katrina

These days, actresses too have taken fondly to action flicks and are at par with their male counterparts when it comes to an action sequence. Salman Khan’s leading lady Katrina Kaif depicted her action-packed avatar in ‘Tiger Zinda Hai’ and garnered praises for the same.

Now, another leading lady of Salman Khan is set to follow suit. Actress Jacqueline Fernandez who has started shooting for the last leg of ‘Race 3’ in Abu Dhabi, will be performing some high-octane action scenes in the movie. Even though the actress has been a part of action flicks earlier, this is the first time that she will be performing hand-to-hand combat, something that Katrina has done before. (Also Read: Race 3: After ‘Jumme Ki Raat’, Salman-Jacqueline to sizzle in another chart buster) 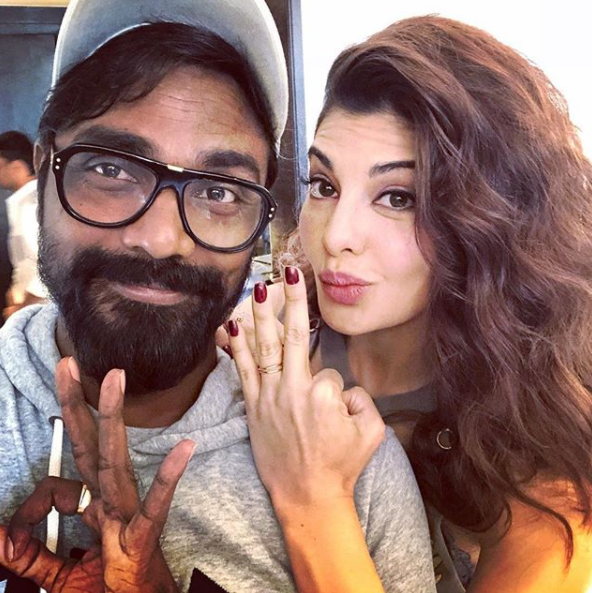 Jacqueline’s fitness trainer Kuldeep Sashi shared details on the same by saying, “The scene is a raw action sequence complete with hand-to-hand combat. It requires a lot of kicking and punching. This is a first for Jacqueline when it comes to performing action.”

He further said, “Salman is seen as an ultimate Action star with his larger than life stunts. For Jacqueline, he is only a motivation that has her working harder. She is excited to be a part of an action film with him.”

This is the second time that Jacqueline will be seen opposite Salman Khan after their 2014 blockbuster ‘Kick’.