Ahead of television premiere of ‘Secret Superstar’, singer Meghna Mishra enthralls with a live act

The Aamir Khan and Zaira Wasim-starrer ‘Secret Superstar’ not just earned recognition in India, but has been shining globally too. A major example being its stupendous box office performance in

The Aamir Khan and Zaira Wasim-starrer ‘Secret Superstar’ not just earned recognition in India, but has been shining globally too. A major example being its stupendous box office performance in China which was reason enough for the star cast of the movie to celebrate. Also, to add to it, the fact that the movie is all set for its world television premiere on 25th of this month on Zee Cinema at 8 pm added to the excitement. 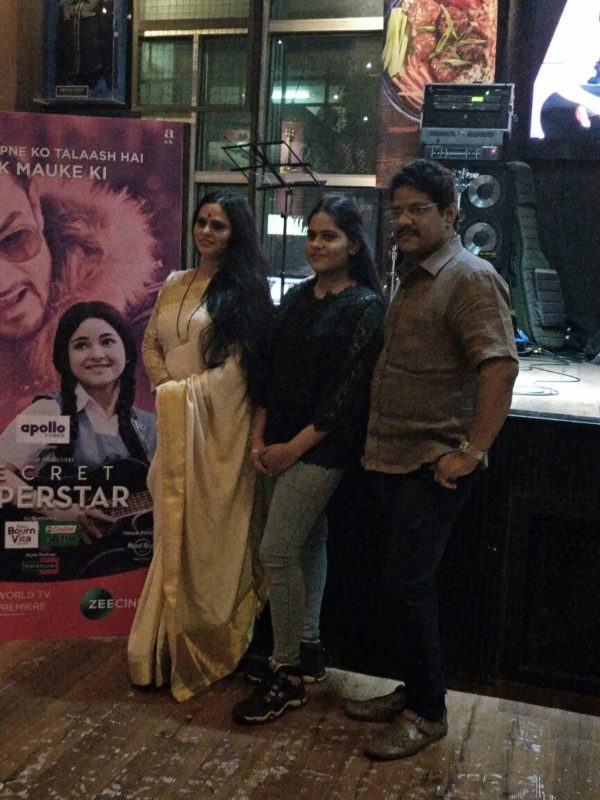 However, before the success bash, the melodious voice behind the movie’s success, the real Secret Superstar Meghna Mishra enthralled the audiences with a live act. The live act organised by Zee Cinema was to provide a live experience of her talent to all the music aficionados.  The young singer who is all of 15, delivered a spectacular performance at a popular cafe amidst music lovers. (Also Read: Aamir Khan, Zaira Wasim and others celebrate the success of ‘Secret Superstar’. View Pics!)

Not only did she croon her popular numbers from the movie, but also other soulful numbers like ‘Ek Kudi’ from ‘Udta Punjab’, ‘Phir Le Aaya Dil’ from ‘Barfi’ and so on. The loudest praises came when she sang the classic Lata Mangeshkar song ‘Lag Jaa Gale’.

The young singer gave back-to-back solid performances and ended the show with an encore of the song ‘Main Kaun Hu’ from ‘Secret Superstar’. Post the act, she readily posed for pictures and rushed straight to the success bash which had Aamir Khan with wife Kiran Rao, Zaira Wasim and Raj Arjun in attendance.