REVEALED: This is how Hrithik and Tiger are prepping for their next

Since the time Tiger Shroff began his Bollywood career, he has been vocal about his immense admiration for Hrithik Roshan. Not only does he look up to junior Roshan as

Since the time Tiger Shroff began his Bollywood career, he has been vocal about his immense admiration for Hrithik Roshan. Not only does he look up to junior Roshan as an inspiration but also takes major queue in terms of fitness and performance. 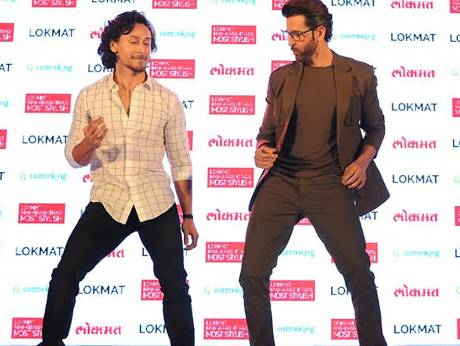 Hence, to team up with the superstar for a film is not just a very special thing for him, but for fans too!  As the duo are all set to appear for Siddharth Anand’s directorial venture, they have some gruelling training sessions on the cards too. (Also Read: Hrithik Roshan’s recent airport outing will make every girl wish he was her Valentine)

As per a source quoted by Mid-day, they will train for an “aggressive form of gymnastics, originally a military drill used in warfare”.

It will begin once Hrithik wraps his Banaras schedule of ‘Super 30’.

“They will be guided by Spanish experts. The production house will fly them to Greece to train. A minimum of 15 days will be required to learn the tricks, following which, Hrithik and Tiger will improvise and hone their skills at their convenience,” the source told the publication.

The actors, through their training, will also master the beam and vault stunts and will train through extensive obstacle exercises.

Given how both of them are fitness freaks, we’re pretty sure they’ll pull it off effortlessly. The duo is coming together for a YRF untitled film that is all set to release on 2nd October 2019. As per the official statement, the film is going to go on floors inAugist this year and will wrap up by February 2019.