PadMan: Mallika Dua is in support of the film and there’s THIS proof

Akshay Kumar’s film ‘PadMan’ is all slated to hit the silver screens tomorrow which is on 9th of February, 2018. But yesterday, in a series of Instagram stories comedienne Mallika

Akshay Kumar’s film ‘PadMan’ is all slated to hit the silver screens tomorrow which is on 9th of February, 2018. But yesterday, in a series of Instagram stories comedienne Mallika Dua ranted and took a jibe at Akshay Kumar-starrer. Mallika’s Insta story from yesterday read a line which said, ‘When you feel the society and the government have not given you your due, hold up a sanitary pad and post a picture of it on Instagram. You will feel empowered. So empowered. Bye’.

However, now the artiste has cleared her stance and have shared a Instagram post which clearly suggests that she is in support of the flick and the man (Arunachalam Muruganantham) on whose life the inspiring movie is been made. See the images below: 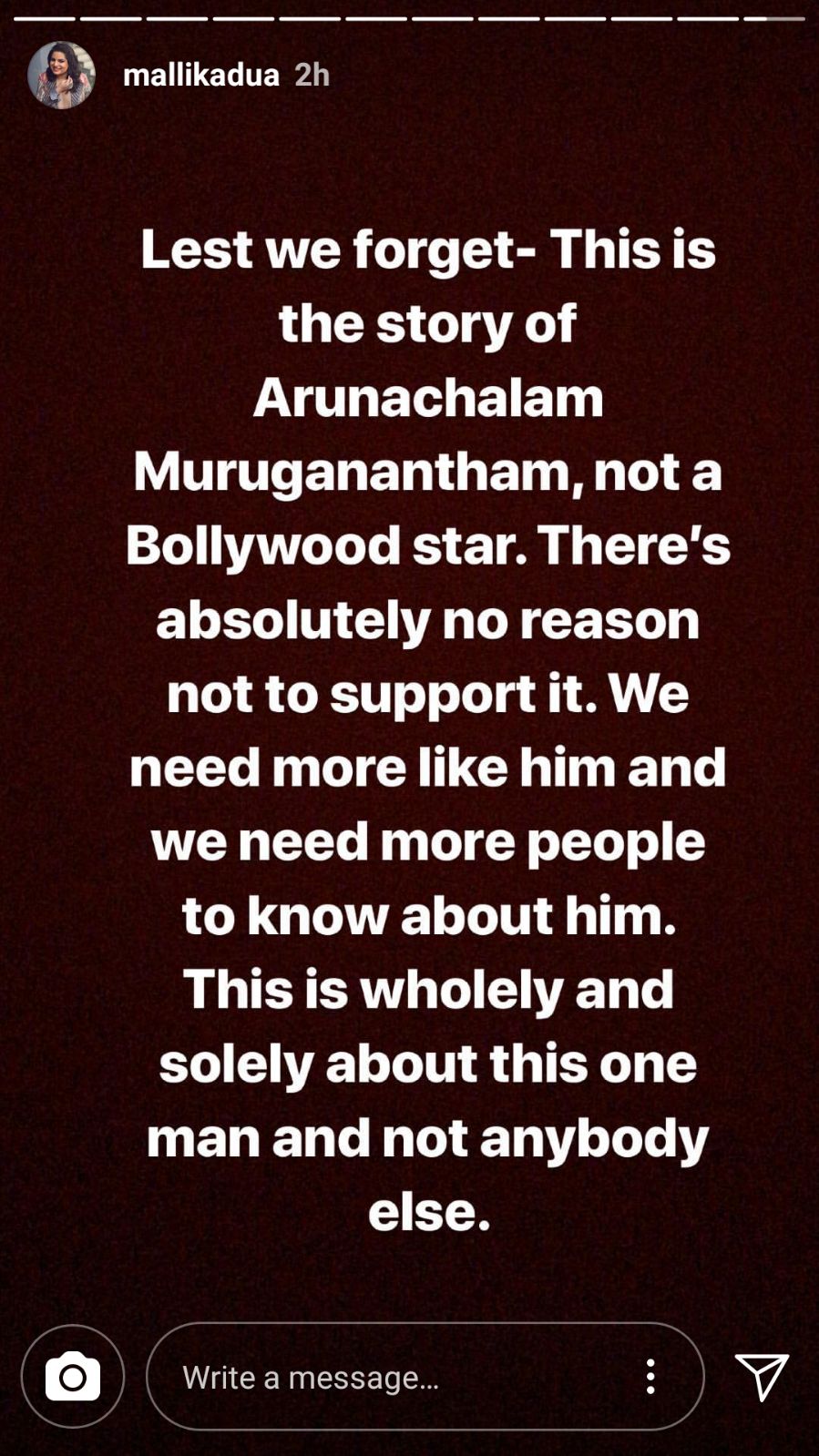 For the unaware, actor Akshay Kumar had passed a comment on Mallika Dua on his show, ‘The Great Indian Laughter Challenge’, where he said,  “Mallika ji aap bell ko bajao, main apko bajata hoon,” which was followed by a lot of outrage. Further, Mallika also wrote an open letter and bashed every big shot male star who makes his female co-workers feel looked down upon. (Also Read:PadMan: Did Mallika Dua take a dig at Khiladi Akshay Kumar?)

But now with her above Instagram posts we can confirm that Mallika is in support of ‘PadMan’.