For a young kid, it is really hard to believe and understand that his/her parents are getting divorced. This difficult time was hit on actor Shahid Kapoor, who was just

For a young kid, it is really hard to believe and understand that his/her parents are getting divorced. This difficult time was hit on actor Shahid Kapoor, who was just three years old when his parents Pankaj Kapur and Neelima Azeem got separated from each other. In his first growing years, Shahid lived and spent much more time with his mother in Delhi at that time. The actor mother believes that as a single divorced woman bringing up a child would have been hard for his mother but nobody can understand this better than her. But, as a mother, for Neelima Azeem her son Shahid turned her strength when he was just four years old. 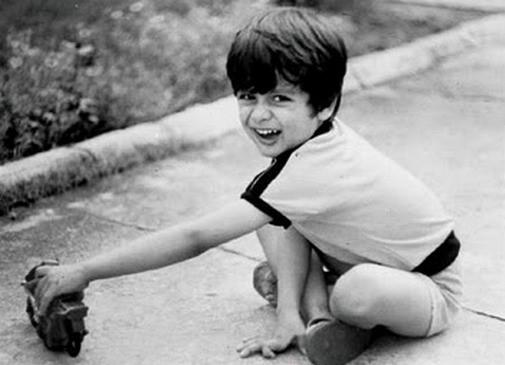 Recently, we stumbled upon an old interview of Shahid Kapoor. The actor had appeared as the celebrity guest on host Simi Garewal’s talk show ‘India’s Most Desirable’. And it was his mother Neelima herself who shared (through a special message) a heart touching incident between her and little Shahid. It was during the actor’s conversation when the host asked him that did his mother ever tell him about what she was going through, her kind of personal turmoil or did she not. To which, Shahid replied, “We were friends, so I mean we kind of spoke about everything. I spoke about how I felt, she spoke about how she felt.” (Also Read: Shahid Kapoor’s first heartbreak: Two most painful minutes of his life)

As he finished saying this, it was Neelima Azeem’s voice that was heard then. Her message recorded for him was played on a LED TV screen where she said, “Something so personal I want to share here with you is that when he was only four years old I mean obviously there were moments when at night I used to you know sometimes let go of the pain and the fears that come along with the divorce especially when you are as young as that. And I remember that I was… he found me crying maybe at some late hour at night and he took me on his chest at four years and he said ‘Mumma why you crying you know Main Hoon Na.’ I mean literally that film came (later on) and he said ‘Main Hoon Na’. And I don’t know from there onwards it just.. it just hit me that he is there with me you know and there is nothing to worry.” 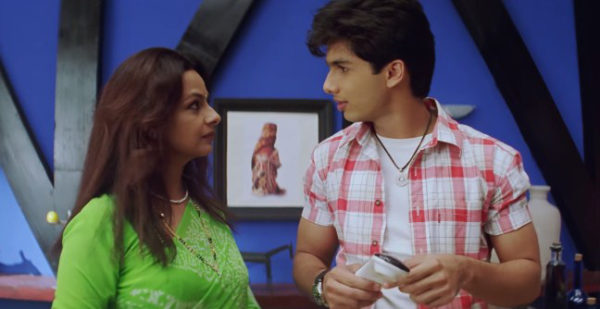 On hearing this, Simi immediately asked, “Even now! You’re still there for her.” Shahid took a slight pause and replied, “I hope I am. But, when you become an adult and when you start working around the clock I always live with the guilt that I don’t give enough time to my family. So I hope I’m there for her.”

Shahid even mentioned in the show that his mother Neelima had never made him feel a hard time and her pain, being she was very good with that to hide.

Indeed, it is such a heart touching incident to remember shared by Shahid’s mother.

Check out the full interview of Shahid Kapoor below: