Rishi Kapoor strikes again! And this time, with a valid question on IPL

Time and again, senior actor Rishi Kapoor has become a topic of ridicule thanks to his nasty and absurd tweets on social media. Now, he has again picked a trending

Time and again, senior actor Rishi Kapoor has become a topic of ridicule thanks to his nasty and absurd tweets on social media. Now, he has again picked a trending topic and struck back with a tweet that’s sure to invite trolls.

With the ongoing auctions happening of cricketers in IPL, the actor tweeted, “IPL.Just a thought! Why not female Cricketers in the Auction. No gender biases,have a mix of players from cricketing countries in the playing eleven! Or is it that men play a tougher game?”

For some it may seem logical and make sense, but for the majority it once again boils down to Rishi Kapoor’s Twitter antics which keep the audiences entertained more than enlightened. As he takes on the IPL with his latest tweet, is the IPL committee listening? (Also Read: This picture of Rishi Kapoor, Jeetendra, Prem Chopra and Danny will make you nostalgic)

And as expected the actor got severely trolled for his comment. Check some of the trolls here: 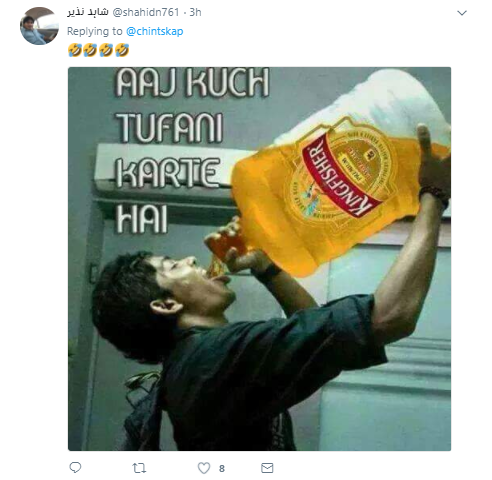 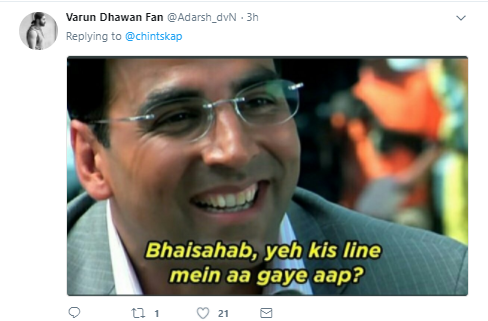 This new tweet by Mr Kapoor reminds us of a bizzare tweet posted by him on ‘Padmaavat’ in the wake of protests by Karni Sena. He has tweeted, “Ranveer Singh has announced that if Karni Sena tries to stop the release of Padmavat, he will do Johar.” 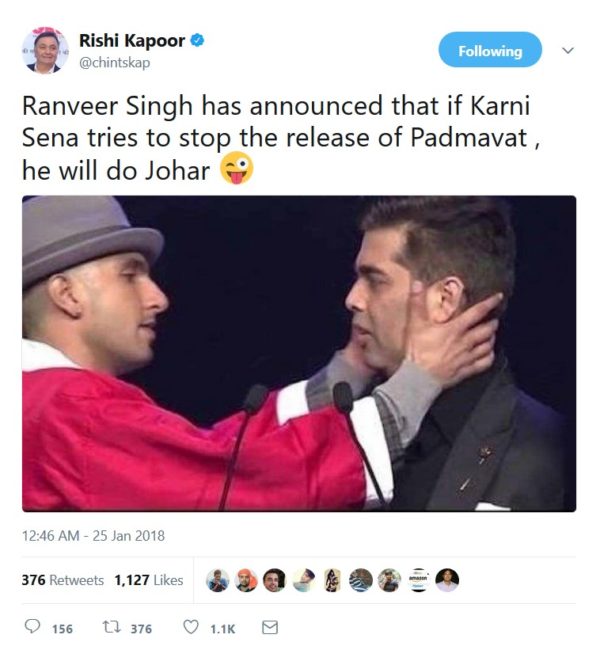 Within no time, this tweet was deleted but the damage was done as the image got viral online. We certainly are in no mood to lend any advice to Mr Kapoor and we will continue entertaining you with his funny tweets.