Twinkle Khanna, ex-actress and current columnist-writer is one savage woman who never minces her words. The actress who has been completely off films for quite some time, has taken over

Twinkle Khanna, ex-actress and current columnist-writer is one savage woman who never minces her words. The actress who has been completely off films for quite some time, has taken over writing as a passion and we must say that the actress is doing pretty well. And hence, her pen name Mrs Funnybones, suits her to the tee. (Also Read: WATCH what happened when Twinkle Khanna came across a beggar on the streets)

Recently, the actress who is co-producing the movie ‘PadMan’, which raises the issue of menstrual awareness and hygiene, spoke her mind at a press conference, and expressed her views on the tax that is levied on sanitary pads. And trust us, she was savage.

Here’s what her reply was on being asked what does she think of the tax on sanitary pads.

Surely, Twinkle knows how to put forward her point of view in her kickass andaaz.

No wonder Akshay Kumar, who is known to be the taskmaster when it comes to pulling other’s leg and his infamous pranks on his colleagues on film sets, takes a backstage when he’s around his wife. On occasions, Akshay has revealed that at home, Twinkle is the boss. 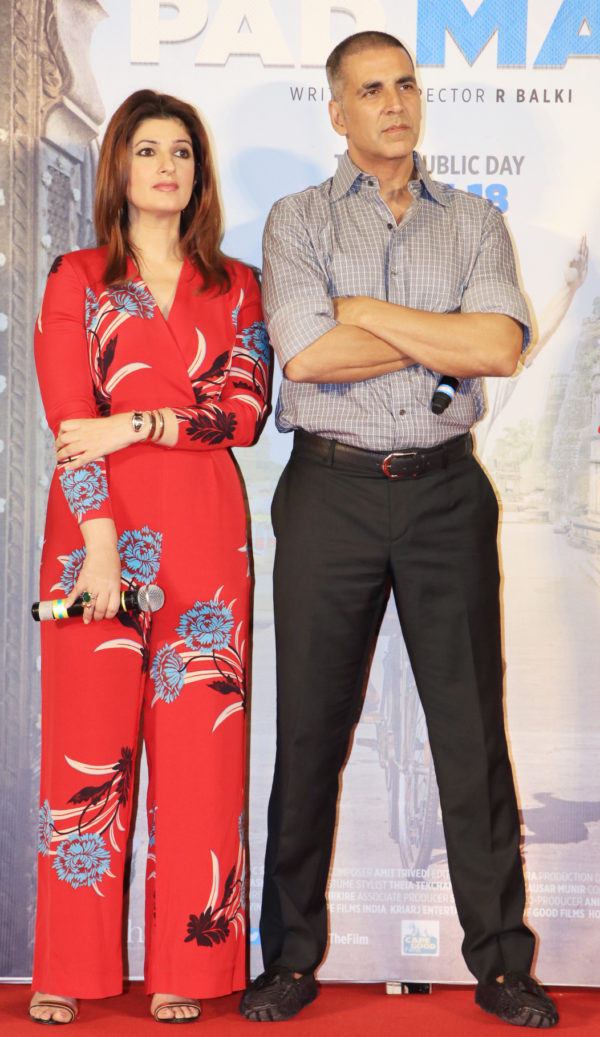 ‘PadMan’, which is based on the life of Arunachalam Muruganantham, which in itself was adapted for a short novella by Twinkle Khanna, on which the movie is ultimately based, will be hitting the screens on February 9 this year.