Padmaavat: Renuka Shahane supports the movie; makes a hard-hitting point with this post

Actress Renuka Shahane is known for her on the face views. On many occasions, we have seen the actress gives straight views which hasn’t gone down well with many. The

Actress Renuka Shahane is known for her on the face views. On many occasions, we have seen the actress gives straight views which hasn’t gone down well with many. The actress recently spoke about her views on the ongoing controversy surrounding Sanjay Leela Bhansali’s ‘Padmaavat’. (Also Read: Padmaavat: Ticket counter at a theatre set on fire by Karni Sena) 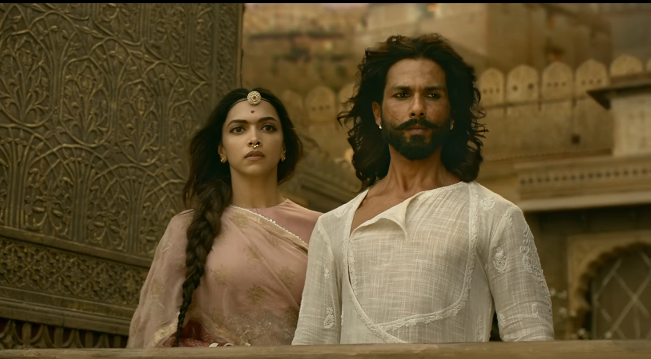 The actress on her Facebook page has shared a picture where she is seen lending her support to the film. Renuka has shared four pictures in the post and in one of the pictures there’s a big red cross which indicates the ongoing demand to banned the film. Instead, the actress wants a ban on Rape, Female Foeticide and Sexual Molestation. Have a look at the post here:

Talking about the ‘Padmaavat’ controversy, the film earlier had objections from certain communities as they felt their sentiments were hurt. The film is finally releasing on January 25, after undergoing the title change and a few modifications as suggested by CBFC. In fact, the Supreme Court of India also lifted bans implemented by a few state governments and cleared the film’s release in the banned states across the country.

Despite all this, the film is still facing problems before it’s release and looks like people who are in support of the movie have decided to take this route to show their way to support the film’s release.