After many controversies and the unexpected delays from its scheduled release date i.e. December 1, filmmaker Sanjay Leela Bhansali’s epic period drama ‘Padmaavat’, earlier titled ‘Padmavati’, was recently certified by the Central Board of Film Certification (CBFC). This cleared the path for its release in cinema halls. But, the problem doesn’t seem to end here. Today, the activists of Shri Rajput Karni Sena gathered outside the CBFC office to protest against its release, calling for a complete ban on the film.

Jeevan Singh Solanki, Karni Sena’s Maharashtra state secretary told a news agency, “We will not let the film release in the country under any circumstances. Some states have already agreed with us and, therefore, banned it. We want the film to be banned in the whole country.” (Also Read: Padmavat: The film gets a green signal for release in Goa by CM Manohar Parrikar) 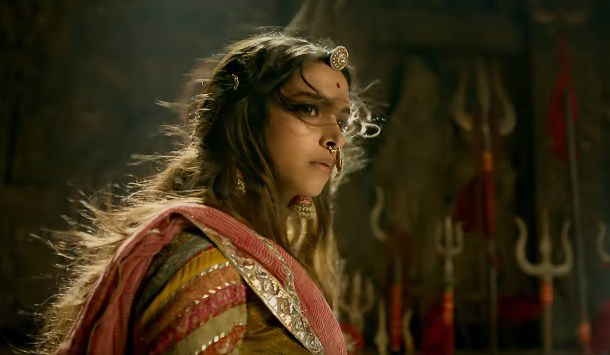 “We are going to urge our Prime Minister to ban the film because the movie will ruin the heritage and culture of the Rajput community. The filmmaker has played with the sentiments of the Rajputs,” added Solanki, adding that they will write to the Maharashtra Chief Minister to ban ‘Padmaavat’ in the state.

Further when asked if the Rajput caste group were ready to watch the film pre-release to clear their doubts, Solanki said, “The whole projection of our community is wrong. We do not want to see the film. It should be banned.”

As this protest took place outside the CBFC office, the security was beefed up. A few protestors were taken away by the police, but released after a few hours.

Talking about the film, it has been recently reported that it will not be released in Rajasthan, Gujarat and Himachal Pradesh.

The movie stars Deepika Padukone, Ranveer Singh and Shahid Kapoor in lead roles and is slated to hit the screens on January 25, 2018.