Ever since actor Shahid Kapoor’s upcoming project ‘Batti Gul Meter Chalu’ has been announced, speculations regarding the leading lady have been going on. Quite a few names have been going

Ever since actor Shahid Kapoor’s upcoming project ‘Batti Gul Meter Chalu’ has been announced, speculations regarding the leading lady have been going on. Quite a few names have been going around, from Katrina Kaif to Vaani Kapoor. But, today finally there’s a confirmation that the makers have signed the leading lady opposite Shahid. And it’s none other than actress Shraddha Kapoor who has bagged this role. 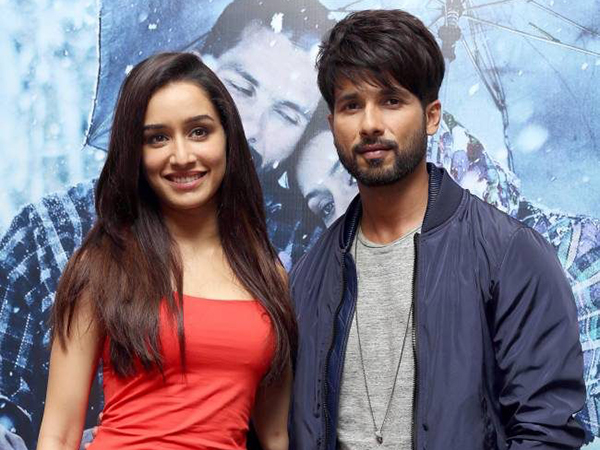 According to a report in Mumbai Mirror, the actress is all set to play a North Indian character whose life serves as the catalyst for the story. The makers of the film, KriArj Entertainment have also taken to their official Twitter handle to share this good news along with an image of this news report which appeared in the tabloid. The makers have tweeted, “The dynamic duo is back with yet another electrifying story in #BattiGulMeterChalu. RT if you can’t wait. @shahidkapoor @ShraddhaKapoor.” (Also Check: Siblings Shahid Kapoor and Ishaan Khatter’s day out at the gym. VIEW PICS)

Have a look at the tweet shared by the makers of ‘Batti Gul Meter Chalu’ below:

The dynamic duo is back with yet another electrifying story in #BattiGulMeterChalu. RT if you can't wait🕝🕠
@shahidkapoor @ShraddhaKapoor pic.twitter.com/nR9urvrcx3

Directed by ‘Toilet – Ek Prem Katha’ fame director Shree Narayan Singh, the film will also feature another leading lady as a lawyer alongside the character played by Shahid. Producer Prernaa Arora has quoted the same to Mumbai Mirror. “Shraddha was keen to come on-board because it is a career-defining role. The film is a love story at its core set in a small town. It is also socially relevant as it highlights the issues of electricity shortage that the common man faces,” Prernaa said.

Well, this should be enough to excite the fans of both Shahid Kapoor and Shraddha Kapoor. This beautiful onscreen pair will be reuniting after sharing screen space earlier in ‘Haider’ (2014).

Talking about ‘Batti Gul Meter Chalu’, it is planned to go on floors in the first week of February and is scheduled to release on August 31, 2018.